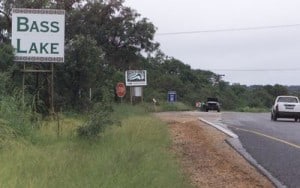 A VIOLENT taxi protest broke out in the early hours of Thursday morning on the notorious Moloto Road, preventing scores of residents in Mpumalangaâ€™s KwaNdebele area from getting to work.

Mpumalanga police spokesman Col Leonard Hlathi said the part of the road between Vaalbank and KwaMhlanga had been blocked with rocks and burning tyres since 4am in the morning.

He said “police were forced to use rubber bullets because the group got violent”. He said one person was injured after being “scraped by a rubber bullet”.

However, he dismissed media reports that the taxi drivers shot back at the police.

“There were no shots fired by the taxi drivers,” said Col Hlathi.

He said the taxi operators were accusing the Mpumalanga transport department of refusing to give them operating licences.

“People could not go to work because taxis and buses were not operating,” said Col Hlathi. He said the police had intervened but no arrests were made.

Col Hlathi said an impromptu meeting was held with stakeholders in a bid to defuse the situation and by 10am it seemed to have been successful.

Mpumalanga Public Works, Roads and Transport spokesman David Nkambule could not be reached for comment.

Tens of thousands of commuters travel by bus on the road, which links Mpumalanga and Gauteng, each day, with fatal accidents a common occurrence. The government has been under pressure to improve its safety.

In March it was announced that the South African National Roads Agency had been allocated R1bn over the next three years to upgrade the road.