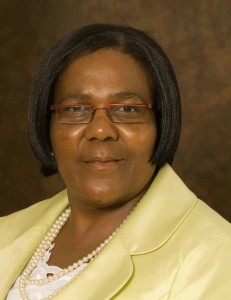 A security officer at Langlaagte got the shock of her life when the two officials arrived and after failing to recognise them, asked them who they were. The embarrassed security officer who initially tried to limit their access to the centre then told her supervisor that the Minister and MEC had arrived for a surprise visit before escorting them to the centreâ€™s manager.

Peters who had arrived at the centre unannounced, walked into the managerâ€™s office and asked for an impromptu tour to see if all the services that are being offered are run efficiently and effectively. Most importantly, she wanted to see that the services are corruption free and done by the book.

After her tour, the Minister said that in a bid to win the fight against road carnage and corruption on the roads, it was important to go to all licensing and testing centres that have been identified as problematic across the country.

Minister Peters said that in South Africa, the top 20 vehicle testing and licensing centres that are havens of corruption are in Gauteng.

She said the Langlaagte centre was one of the most problematic, which needed to be dealt with as it serviced Johannesburg â€“ the countryâ€™s economic hub â€“ where vehicles were being bought in large volumes.