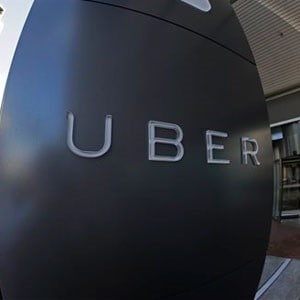 The headquarters of Uber in San Francisco. (Eric Risberg, AP)

Johannesburg – Passengers can now use a â€˜mobile virtual credit cardâ€™ to pay for a ride on internet transport service Uber in South Africa.

VCpay is a mobile app that enables people who do not own credit cards to create virtual MasterCards.

The app has been developed by a business unit of Johannesburg Stock Exchange (JSE) listed Net1 UEPS Technologies called â€˜Zazooâ€™.

The VCpay app uses patented Mobile Virtual Card (â€œMVCâ€) technology to allow mobile devices to generate virtual MasterCard payment cards. The company says this can be done offline and without access to a mobile phone network. Meanwhile, the app can be linked to numerous funding options such as credit cards, electronic fund transfers, direct top-ups and cash.

Zazoo managing director Philip Belament says younger people, such as students, are among the target market for this service.

â€œThough mobile users and e-commerce adoption is rising in South Africa, there is still a large number of South Africans who do not have access to a credit card to enable them to make online and in-app purchases,â€ said Belamant in a statement.

Zazoo has further said that its app can generate â€œanonymous, transaction specific virtual MasterCards that can be used for online purchases, or in brick-and-mortar retailers that accept manual Card Not Present (CNP) paymentsâ€.