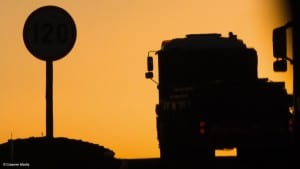 Consumers will bear the brunt if the Department of Transport passes a law banning heavy trucks from roads during certain hours, the Johannesburg Chamber of Commerce and Industry (JCCI) said on Monday.

In April, Transport Minister Dipuo Peters announced the move in response to the rising road death toll and the department said the intended regulations would be published for public comment and discussion later in 2015.

The change will incur costs for consumers if implemented, as operators will be forced to put more vehicles on the road, the CEO of JCCI, Joan Warburton-McBride, said in a statement.

â€œAs is so often the case, the far-ranging consequences – including the cost implications of this proposed policy implementation – has not been considered,â€ said Warburton-McBride.

In her view, at the time of the announcement, no meaningful consultation had taken place with either the private sector or other affected government departments.

According to the JCCI the economic losses would be substantial and, in addition to the level of productivity per truck being severely impacted, the timely delivery of raw materials and consumer goods would be affected.

â€œFreight carriers will need to resort to buying additional smaller trucks, thus increasing the number of trucks on the road. These additional costs will more than likely be handed over to consumers, who are already under immense financial pressures given current economic strains,â€ said Warburton-McBride.

â€œThis ban would most likely result in more trucks being on the road at night, which will have further implications for road safety as most accidents occur between 22:00 in the evening and 06:00 in the morning.

â€œTo ensure drivers and trucks are off the roads, investment will need to be made in additional off-road holding facilities – impacting on security of drivers, vehicles and goods,â€ according to Warburton-McBride.