TRANSPORT INFRASTRUCTURE TO DRIVE W.AFRICA TOWARDS A BRIGHTER FUTURE 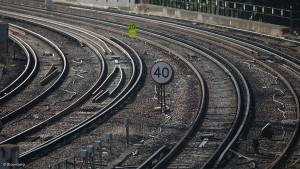 Initiatives such as rail and port developments are enabling the region to make significant inroads. Photo: Bloomberg

However, there was no change in the number of projects qualifying for the report this year at 66.

â€œThere is a growing depth in the West African market. This reflects growing maturity in this regionâ€™s infrastructure story of burgeoning investment, activity and tenacity,â€ the report stated.

â€œAlthough the region still accounts for just half of the level of investment in Southern Africa, it is starting to close the gap, consistent with Nigeriaâ€™s new title as the biggest economy in Africa.â€

â€œRegional integration is firmly in stakeholdersâ€™ sights, with promotion of â€œinfrastructure development to support a competitive business environment, sustained development and cooperation in the regionâ€ committed to in the Regional Strategic Plan (2011- 2015),â€ said the report.

â€œAlthough projects of this nature take time and in West Africa, energy supply and backlogs can still present constraints, initiatives such as rail and port developments are enabling the region to make significant inroads.â€

The report also revealed that in Francophone countries such as Senegal, Guinea and Togo, the West African Development Bank identified 17 major infrastructure projects which require funding.

â€œTransactions moving forward on the transport front include the Eastern Railway Line and Boankra Dry Port,â€ it said.

The West African funding environment saw Israel, South Africa and the United Arab Emirates enter the equation for the first time, while intra-African firms funded 17 per cent of projects.

According to the report, another rise in funding commitment was seen by the regions governments, whose commitments increased from one per cent to 14 per cent.

In terms of project ownership private domestic firms and European and US firms both owned 18 per cent of projects respectively, reflecting the growth in the local economy and the increasing attractiveness of West Africa.

The report showed that in Nigeria, in particular, within the context of infrastructure development, the scale of opportunity on offer is more apparent.

â€œChinese companies dominate the development of the transport network, particularly in the rail and airport sub-sectors,â€ it revealed.

â€œTwo projects that demonstrate such dominance are the 1.49 billion US dollar Lagos to Ibadan railway contract, which has been awarded to China Civil Engineering Construction Corporation (CCECC), and the Olokola Deepwater port project, awarded to the China Ocean Shipping Group.â€