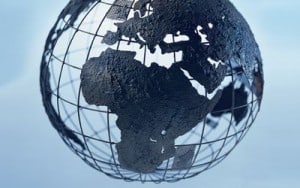 The Tripartite Free Trade Area (TFTA) is home to about 650-million people and has a total gross domestic product of more than $1-trillion.

The move is aimed at ensuring that less “onerous” documentation is needed to traverse the continent within the area, and at creating a duty-free trade region.

However, “large, nontariff” barriers, such as poor infrastructure and inefficient customs procedures, remain a challenge to such agreements according to research from the South African Institute of International Relations.

Trade among African states accounts for only 12% of total African trade, compared with 55% in Asia and 70% in Europe.

Over the past three years, SA has exported an average $16.8bn in goods to countries in the tripartite region, according to the Department of Trade and Industry. This amounts to 18.3% of the countryâ€™s global exports.

“The current situation is that there are several customs regimes involved, and it is onerous from a documents perspective,” said Mr Horn. “We should see a reduction in the bureaucracy, which should drive down the cost of moving goods into and out of Africa.”

African Union (AU) trade and industry commissioner Fatima Haram Acyl said the AU was working to make the customs process on the continent electronic, to avoid onerous documentation requirements. This is part of the AUâ€™s goal to establish a continental free-trade area by 2017. She said infrastructure would be an “enabler” of the free-trade area as there was already investment in transport and energy infrastructure.

Trade and Industry Minister Rob Davies said the domestic markets that formed part of the free-trade area were too small individually, by global standards, to support economic diversification and industrialisation.

“Creating larger markets with greater critical mass will enhance the African investment proposition. It is also the only way Africa will be able to decisively move up the value chain and become a more effective player in the global economy,” said Mr Davies.