To reassure passengers, airlines need to know where their planes are 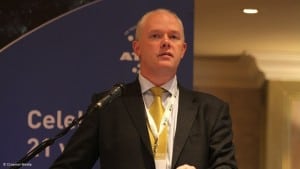 International aviation inflight connectivity company SITA OnAir has developed a product to allow airlines to track their aircraft in flight, wherever they may be throughout the world. This system employs technological infrastructures that already exist or are currently being deployed.

Tracking aircraft is the function of air traffic management agencies. So why should airlines duplicate this capability? The reason is recent aviation tragedies, particularly the disappearance of Malaysian Airlines flight MH370 (a Boeing 777) in early 2014.

“It isn’t about tracking aeroplanes; it’s more about the emotion,” noted SITA OnAir business manager Damien McCormack. “The fact is that the public expect us to know where their loved ones are at any point in time when they fly with us.” If journalists are able to track football stars’ mobile phones, why can’t airlines track their aircraft?

It’s also about comfort for the airline. “You can know where your passengers and staff are, not where they’re supposed to be,” he said. “If the worst were to happen, you have access to information, not data.”

The new product is Aircom Flight Tracker, which has been developed in line with the desires of the International Civil Aviation Organisation (ICAO) and the International Air Transport Association (Iata) and with the assistance of Malaysian Airlines and another South-East Asian operator. It is a ground-based software system, requiring no modifications to the aircraft.

SITA has a lot of experience in and success with air traffic control (ATC) software and with Airline Operations Centre (AOC) software. “We took the best of our ATC software and merged it with our best AOC software,” he explained. The software alerts the AOC when an airliner undertakes an unexpected change in course or altitude.

Communication from the aircraft to the AOC is by existing air-to-ground systems. These are the Aircraft Communication Addressing and Reporting System (better known as ACARS – a data communications system using ground stations and satellites); Automatic Dependent Surveillance — Broadcast (ADS-B, which uses global navigation satellite systems to determine the location of the aircraft and automatically and continuously broadcasts it) and the Future Air Navigation System (which has been in operation for some 15 years).

This is a short-term solution to the issue of airliner tracking. The company, ICAO, Iata and others in the industry are currently developing a medium-term, and planning a long-term, solution.

McCormack was addressing the fourth Aviation Stakeholders Convention on Thursday.