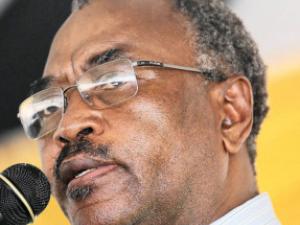 Durban – The city centre is expected to come to a standstill Wednesday as the taxi industry marches to the city hall to demand the resignation of the transport MEC.

The march is organised by taxi ownersâ€™ association the KZN Transport Alliance, and will include taxi drivers and assistants.

â€œTaxi owners from all over KZN have to go to Pietermaritzburg to apply for operating licences. They go back a second time once the public transport operating licence board calls them for a hearing, and then againâ€¦ if approved and issued,â€ said Mhlongo.

He said an already costly and cumbersome process was made worse by the department losing applications or letters from the taxi association in support of or objecting to applications.

â€œDuring this time, your taxi is sitting idle not bringing in money while you pay instalments. Itâ€™s a great loss, they should be issued at a municipal level,â€ he said.

Mhlongo said the delays left owners with little choice but to put their taxis on the road while awaiting the operating licence.

Transport Department spokesman Kwanele Ncalane said that the concerns had been raised at a recent taxi indaba.

â€œThe department is in the process of implementing the indaba resolution and has a plan to decentralise the issuing of operating licences, and we have communicated this with them (the alliance).â€

He said an announcement would be made soon as to where and when these would start operating.

Ncalane said the taxi industry members had a right to march provided they had the necessary authority.

â€œHowever, we want to caution them not to intimidate, vandalise or cause any disturbances during the march.â€

Two years ago, a taxi driver march turned violent bringing transportation to a standstill for almost a week.

About 50 drivers were arrested for public violence that erupted during a similar march against being â€œunfairly and systematicallyâ€ targeted by metro police.

They also demanded that all traffic tickets be issued in Zulu. This will again be on the agenda in Wednesdayâ€™s demands.

Mhlongo believes that laws such as the National Land Transport Act, which speaks directly to the taxi industry, is lost in translation.

â€œThe laws are directed at us, but they are in English, whereas most of the people in this industry do not speak English.

â€œEven when fining us, police talk of section this and section that, and we find ourselves with tickets or guilty of offences we cannot challenge because we donâ€™t understand,â€ said Mhlongo.

The alliance also accused the eThekwini municipality of shutting them out of plans for Go Durban, the integrated rapid public transport network that will introduce rapid transit buses and co-ordinating rail, bus and taxi transport systems in and around Durban.

Mhlongo claimed that they had not been engaged with about the project.

â€œThe municipality talks about the taxi industry having signed off on this project, but we have never signed anything. Even when we request information, they are not forthcoming,â€ said Mhlongo.

He said that the taxi owners they represented at least wanted to understand how the system would effect them.

â€œWe cannot oppose or agree with something if we know nothing about it. The municipality did this because they are a competitor to us with their buses. They cannot be player and referee,â€ he said.

Marchers were expected to set off from King Dinizulu Park at 10am Wednesday.

Before this, Mhlongo said taxis would operate as normal and, after delivering the memorandum at the city hall, taxi services would resume.

He said that they were giving the authorities 14 days to address their demands and grievances, failing which members would decide what step to take.