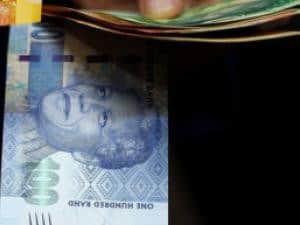 The new tariffs were announced on Thursday by the Ekurhuleni mayoral committee member for finance Moses Makwakwa, when he delivered the 2015-16 budget speech.

The budget has increased to R29.5 billion, an increase of about 11 percent from the last financial year.

But Makwakwa said Ekurhuleni remained the cheapest metro in the country to live in.

The average monthly household bill had increased by only R209 since 2011, he said.

But of concern, he said, were the low service payments, which stood at 93 percent, and the metroâ€™s â€œinconsistent and perpetualâ€ underspending of its capital budget, which he called â€œunbearableâ€.

â€œA below 90 percent (payment figure) is working against our political mandate to accelerate service delivery and development in the region.

â€œWe will be closely watching the organisationâ€™s performance report which will determine the kind of action to be taken,â€ he pointed out.

The municipality faces other challenges such as poverty and unemployment, especially among the youth.

Low household income; high levels of unskilled and semi-skilled labourers; inequality and fragmented towns which lead to the high cost of investment and the declining manufacturing industry were all cause for concern, he added.

However, there were plans for the new financial year to address them.

These included an aggressive implementation of infrastructure to create a climate of investment by revitalising the manufacturing industry and township economies, increasing private sector investment participation in urban regeneration, modernising the metro, improving communications and fighting poverty.

Ekurhuleni contributes 8 percent to the South African economy and 25 percent to Gautengâ€™s.

The top three sectors in the municipality were manufacturing, construction and transport.

â€œTo strengthen the municipalityâ€™s economy and achieve its socio-economic goals of creating employment and reducing poverty and inequality, we have to re-industrialise and revitalise our manufacturing sector and regenerate the township economies,â€ Makwakwa said.

To meet these goals, the city has launched a R2.9bn community economic transformation package called Mintirho Ya Vulavula to stimulate procurement from pre-qualified businesses owned by the youth, women, the disabled, co-operatives and community-owned businesses.

Highlights of the budget:

* R14.6bn capital investment, of which 40 percent will go to infrastructure development, 30 percent to change the cityâ€™s landscape and spatial challenges and 30 percent for economic development.

* R1.4bn for electricity, which includes new street lights, upgrading substations and the electrification of informal settlements.

* R1.1bn for water, including the upgrading of water and sewerage networks.

* R579m for human settlements, which includes the release of serviced stands; the refurbishment of rental houses; urban renewal projects in Wattville-Actonville, Tembisa and Kathorus and social housing in Germiston;

* R128m for community safety, for the rehabilitation of emergency services infrastructure and new facilities at the Germiston, Kwa-Thema and Thokozana fire stations;

* R193m for sports and recreation, including the completion of the Germiston Theatre and Tsakane Library; the construction of a swimming pool in Eden Park and the installation of 60 eco-gyms in parks the in townships across Ekurhuleni.