Tanzania to spend $2bn to unclog its commercial capital 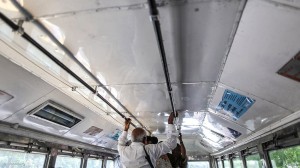 Dar es Salaam, with a population of over four-million, is one of the fastest-growing cities in sub-Saharan Africa, but it faces a crippling traffic problem.

Works Minister John Magufuli told parliament plans to ease road congestion in the city include the construction of fly-overs and bridges, using budgetary allocations during the government’s next fiscal year starting in July.

The east African region, which has made significant discoveries of energy in Kenya, Uganda and Tanzania, has been racing to build new transport links to make up for decades of neglect and underinvestment.