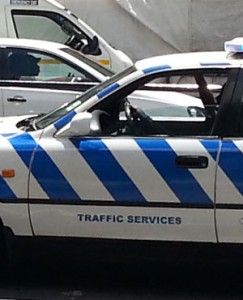 Cape Town – Traffic officers will be out in full force from Friday for an expected surge in traffic volumes, the Gauteng community safety department said.

Thousands of motorists were expected to return home from their festive season holiday destination ahead of the opening of schools next week.

“Road users can expect high traffic police visibility, intensified pedestrian blitzes, roadblocks, and roadside checkpoints on all Gauteng’s major roads as motorists and tourists will be making their way back from holidays,” the department said.

The major routes where the most traffic volumes were expected were:

– the N1 between Gauteng and Limpopo;

– the N1 between Gauteng, Free State and Western Cape;

– the N3 between Gauteng and KwaZulu-Natal;

– the N4 between Gauteng and North West; and

– the N4 between Gauteng and Mpumalanga.

Traffic authorities were expecting the N4 to be the busiest freeway this weekend as a result of the launch of the African National Congress’s election manifesto in Mbombela.

“Gauteng traffic police and other law enforcement agencies will work around the clock to ensure safety of road users against all odds,” the department said.

“We will be out in large numbers, on alert and monitoring all routes as motorists enter or leave Gauteng.”