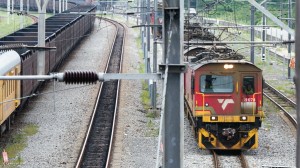 Capital expenditure by major State-owned companies (SoCs) is projected to reach R381.9-billion over the next three years, with investments byÂ Eskom, Transnet and the South African National Roads Agency accounting for 90% this amount.

This projected spend formed part of the R847-billion government expected to spend on infrastructure over the next three years.

EskomÂ and Transnet spent a combined R8-billion over the 2012/13 period, bringing SoCsâ€™ total spend over the last three years to R284.3-billion.

Eskomâ€™s infrastructure figures had been revised downwards over the medium term, however, owing to lower projected revenue.

The net asset value of State-owned firms also increased to R252.2-billion over the period, withÂ EskomÂ and Transnet accounting for 77% of this amount.

â€œHowever, in 2012/13, these companiesâ€™ average return on equity slowed to 4%, down from 7.6% in the prior year, mainly owing to lower earnings and higher operational costs atÂ Eskom,â€ stated the review.

Over the next three years, 61.6%, or R235.3-billion, of funding required for infrastructure development by SoCs was expected to be raised in debt markets, with the remainder coming from internally generated cash.

Again,Â EskomÂ and Transnet would account for the bulk of these borrowings.

In 2014/15, an estimated 67.3% of borrowing by State-owned enterprises would be sourced in the local market.