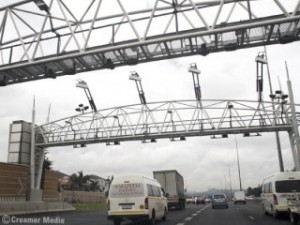 Qualifying public transport is exempted from paying for e-tolls on the Gauteng e-roads.

The South African National Roads Agency Limited (Sanral) has stressed that qualifying public transport is exempted from paying for e-tolls on the Gauteng e-roads.

This after the National Taxi Alliance (NTA) announced its intention to stage a protest march after some of their members did not receive operating licences, resulting in some taxi operators having to pay for e-tolls.

Head of communications at Sanral Vusi Mona on Sunday reiterated that qualifying public transport is exempted from paying e-tolls on the Gauteng e-roads.

“We are, however, aware that currently there are taxi operators who have not as yet received their operating licences from the relevant transport authorities. As a result, the system does not recognise their vehicles as exempt and they are being billed.

“As an interim measure, we have asked the taxi associations to give us lists of their members’ vehicles, with all the necessary documentation, so that they can be loaded on to the system and can be identified as exempt vehicles.

“Those who have been billed already will receive a credit note and will not be held liable for the outstanding amounts. This is the first phase of helping to resolve the problem,” Mona said.

According to Mona, the second phase will commence once the processing of operating licences has been completed.

At that stage, Mona said taxi operators will be expected to submit their operating licences to Sanral for permanent exemption.

The interim measure has also been discussed with the South African National Taxi Council (Santaco), which has agreed to furnish Sanral with a list of their members’ vehicles, whose permits are still outstanding.

Mona said correspondence about the submission of a similar list by the NTA has been sent to the association.

He once again reiterated that Sanral is not responsible for the issuing of taxi operating licences, but is prepared to help with an interim solution while the permits backlog is being resolved.

Currently, there are approximately 46 000 exempt taxis that are on the system.