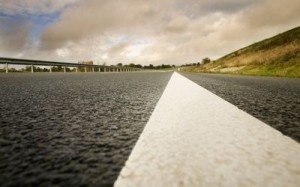 Pretoria â€” The damage caused by the heavy rains on the Gauteng provincial road network is estimated to be over R50 million.

On Tuesday, Gauteng MEC for Roads and Transport Ismail Vadi joined his department’s 260-strong maintenance crew to repair potholes developed on the N14 and Hendrik Potgieter Road as a result of the heavy rains.

“The estimated damage to the provincial road network is in excess of R50 million. We’ve made a province-wide assessment of damages to our roads and repair work has started in earnest.

“It is not just potholes that worry us, but a number of low lying bridges have been severely damaged and sinkholes have emerged in some areas. Fortunately, no major provincial road has been washed away,” MEC Vadi said.

Some of the bridges that have collapsed are along Weaver Road in Kameeldrift; Shickfontein Road in Heidelberg and Heronbridge Road near Krugersdorp. Vadi said these are earmarked for urgent repairs.

He confirmed that repairs to the damaged bridge on Witkoppen Road will commence shortly. Vadi also announced that the N14 – a part of province’s freeway network that serves as a link between Mogale City and Tshwane, carrying more than 25 000 vehicles per day – is to be rehabilitated over the next two years.

The 40-km freeway stretch from the Brakfontein Interchange in Centurion to the intersection with Hendrik Potgieter Road in Mogale City is estimated to cost R500 million and will be tackled in two phases.

MEC Vadi said tenders have been issued for the upgrading of the N12 between the Misgund Interchange (near Eldorado Park south of Johannesburg) and Merafong; the R28 between Randfontein and Vereeniging; and the R55 (Quagga Road) between Laudium and Atteridgeville.

Other key provincial roads to be repaired are the remaining portions of Golden Highway along Eldorado Park/Devaland and the R101. The MEC reiterated that the upgrades of the N12 and N14 freeways will not be tolled and that funding will come from the department’s budget.