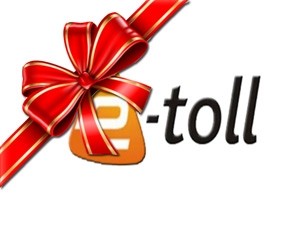 Government is in agreement on making e-tolls more palatable for motorists.

According to the City Press, Gauteng motorists are set to benefit from concessions around the controversial electronic tolling of freeways that will ease their burden.

The paper is this morning reporting that motorists will benefit from free passes under gantries as well as a decrease in the monthly cap for those with e-tags.

The City Press says it has learnt that an e-toll consultation team headed by deputy president Cyril Ramaphosa has agreed in principle to adopt some of the recommendations that emanated from a recent e-toll panel report.

The panel’s report was last week released to the public by Gauteng premier David Makhura, which noted the system places a financial burden on low- and middle-income households, as well as being administratively burdensome.

Makhura last week said government will determine the future of e-tolling before the end of February. This process is being led by deputy president Cyril Ramaphosa, and will explore all the e-toll advisory panel’s recommendations and their full implications, including the best funding model for the Gauteng Freeway Improvement Project (GFIP).

Around 50 suggestions on a way forward, to alleviate the burden on the poor and trim administrative hassles, were suggested in the report.

According to the City Press, the consultation team â€“ which includes National Treasury and the South African National Roads Agency (Sanral) and the Gauteng government â€“ seems to be in agreement over reducing the monthly cap for those with e-tags from R450 to R225.

In addition, the paper says, motorists could benefit from a number of free passes under gantries.

However, National Treasury has apparently said the Gauteng government will be responsible for any shortfall in payments for the project. Sanral’s collection rate has dropped to about 30% according to opponents of the system, and it is expected to be R5Â billion in the red by the end of this year.

The low collection rate recently led Moody’s to downgrade Sanral’s credit rating, which the agency said was not surprising.