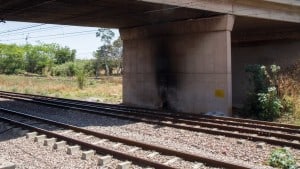 Senegal’s President Macky Sall pledged on Thursday to build a $500-million railway linking the capital,Dakar, to the southern Casamance region, cut off for years by insecurity and underinvestment.

Currently visiting Casamance, Sall said he planned to offer incentives including tax breaks to tourist operators who invest in the zone, which was once a popular French holiday destination but has endured years of neglect and low-level rebellion.

Casamance is a fertile, beach-fringed chunk of Senegal wedged between Gambia to the north and Guinea-Bissau to the south. Mediators have failed to end a separatist rebellion now in its fourth decade despite little heavy fighting.

The proposed railway between Dakar and Ziguinchor, Casamance’s regional capital, would skirt around Gambia and pass through Tambacounda, a mining region in Senegal’s east.

Sall said a feasibility study had been completed but did not say whenconstruction would begin on the project.

“This is an important project that will link up the southeastern, western and centre regions, while also helping trade with the sub-region and the exploitation of our mineral assets,” Sall said.

Firms operating in Tambacounda currently have to supply operations and transport minerals by road.

Casamance is a potential breadbasket for Senegal but transport links to the region are poor. Options range from travelling by ferry, driving throughGambia or driving on poor roads that pass through Tambacounda.

Having once welcomed as many as 50 000 tourists a year, Casamance has seen visitor numbers plummet over the last decade due to a combination of factors, ranging from the on-off rebellion to high taxes and inaccessibility of the region.

Sall said his government would soon propose to parliament a law giving Casamance a status as a priority tourist destination. Tour operators who set up shop there would be exempt from paying tax for ten years, he said.

Separatist took up arms in Casamance over 30 years ago. Although there are sporadic bouts of fighting, the conflict is largely dormant and the lines between independence struggle and criminality are often blurred.