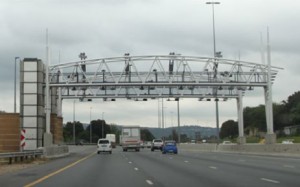 THE South African National Roads Agency Limited (Sanral), which on Wednesday failed to raise the R600m it needed at its first bond auction for the year, said future auctions were unlikely to raise the funding it needs to repay and service debt if uncertainty over e-tolls is not addressed.

The agency would also not have cash to fund its operations, which include the maintenance and improvements of roads.

Sanral received bids totalling R621m but managed to raise only R400m at “acceptable spreads”, even though the bonds are government guaranteed, chief financial officer Inge Mulder said. Only three bidders participated in the auction.

Last year, Sanral expressed concern that its auction this month would fail after it raised only R415m at its last bond auction in November.

This year it needs R600m a month to cover debt servicing, maintenance and operations, and to repay or refinance some of its bonds. Four bonds mature this year, the first in April and the rest in September, meaning it needs to find R4bn by then.

Sanral began losing bidders in June after the Gauteng provincial government set up a panel to review the socioeconomic effect of e-tolls. Two days after the announcement of the panel, only two of 11 bidders remained, and this has grown to just three.

“The uncertainty has resulted in investors not participating in the auction, hence the reduced volume,” said Ms Mulder. She said the lack of liquidity in the market as a result of the collapse of African Bank had also contributed to higher spreads on bonds for most state-owned companies.

Last month, Moodyâ€™s revised its outlook for Sanralâ€™s bond issues to negative from stable and cut Sanralâ€™s baseline credit assessment, which investors use to gauge the financial health of a company without any support from the state, to b2 from ba3.

RMB credit analyst Elena Ilkova said Sanral maintained “clear segregation” of its non-tolled roads income, which came directly from the national budget and was not affected by the difficulties it has had collecting e-tolls. “This means the tolls business is under significant pressure and Sanral may be unable to meets its commitments later in the year.

“If this happens, it will have to pare down its budget and curtail or suspend maintenance, restricting any plans for improvements,” she said.

Nedbankâ€™s head of debt capital markets, Bruce Stewart, said the spreads on the bonds of a number of state-owned companies were under pressure. “We are seeing a lot of volatility in the market post (African Bank) so itâ€™s not unique to Sanral.”

However, the uncertainty around the tolling programme needed to be removed, he said.