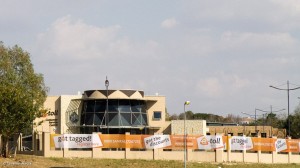 In August 2013, the South African National Roads Agency Limited (Sanral) reasoned that a majority of e-tagged motorists using Gautengâ€™s e-toll roads would only pay under R100 per month â€“ and it would appear that they were right.

Speaking out against â€œincorrect figuresâ€ surrounding the controversial Gauteng e-tolling system last year, Sanral spokesperson Vusi Mona pointed out that calculations done by the road agency indicated that only a small portion of road users would ever pay the capped R450 toll fee per month.

Sanral said that costs to motorists would likely be split in the following way:

Mona said that as few as 4,700 motorists would pay the capped R450 amount, noting that the costs would be almost double for those who do not have an e-tag.

In a press release issued on Wednesday (19 March) Sanral revealed official figures relating to revenues collected by the e-tolling system since its implementation on 3 December 2013.

The agency announced that it had earned R250.8 million from the system over the past 3 months, up to 28 February 2014.

It noted further that, by the end of February, 964,886 road users had purchased and e-tag, with some 277,431 users opting for the Vehicle Licence Number plate registration, bringing total registered users to just over 1.24 million.

This is in-line with Sanralâ€™s calculations made in 2013 â€“ even if Sanralâ€™s revenue was collected solely from the 964,886 e-tagged users, which then averages toÂ R86.64.

More notably, the agency reported that it had identified the 2.5 million vehicles using Gautengâ€™s roads, along with a total revenue booking of R953 million for the 3-month period.

Currently, Sanralâ€™s booked revenue of R953 million works out to an average of R318 million per month, meaning that, on average, all road users amassed average bills of R381 for the three months â€“ orÂ R127 per month.

A matter of tags

It stands to reason that, without a detailed breakdown of revenue distribution or similar indication from Sanral, money earned would most likely be coming from e-tagged and registered users.

The fewer tagged and registered road users there are, the higher the extrapolated average amount per user will be.

Additionally, hinging off of statement made by transport minister Dipuo Peters that between 23% and 28% of the daily users of Gautengâ€™s e-roads have e-tags, the opposition groups determined that this indicates that, at best, 72% of road users are not tagged.

â€œIf Sanral is indeed getting paid â€˜more than R300 million a monthâ€™ on e-tolls, as was claimed by Nazir Alliâ€¦from up to 28% of their registered users and some of the unregistered users who may have paid, then the assertions by Mr Patrick Craven of Cosatu that the e-toll tariffs are way too high hold a great deal of water,â€ Dembovsky said.

In this scenario, the average e-toll bill per user spikes up to betweenÂ R119Â andÂ R140.

Outaâ€™s head, Wayne Duvenage, maintained that any compliance to the system thus far has been borne out of fear and intimidation from Sanral and interested parties, not belief and trust in the system.

â€œWe donâ€™t believe the vast majority of the users will pay below R100, if indeed they were ever going to tag up and do so.â€

Duvenage said that Sanral has never been factual and open about its figures, and has continuously manipulated its data so as to create and impression that people are buying into e-tolls, that revenue generation is at an acceptable level, and all is well.

He also noted that the some 37% compliant motorists were made up by large corporates and government fleets â€“ with â€œformidableâ€ opposition from the public, which is reflective in Sanralâ€™s cash flow.

â€œThe short and simple reality of this matter is that as a user pays system, the system is not working. Â You cannot have a system whereby some users pay, whilst others donâ€™t,â€ Duvenage told BusinessTech.

â€œA vast minority of the users are paying, the system is falling well below its R260 million per month requirement â€“ which by the way, they have reduced to R200 million for some reason.â€

â€œHow long will or can they go on for? For as long as Treasury props Sanral up with fuel levy revenues to make up the shortfall,â€ Duvenage said.