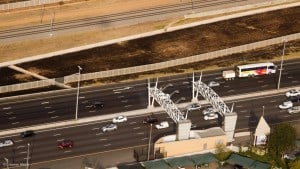 Sanral said on Wednesday it had enough cash to carry itself for a number of months but would not issue bonds as there was “too much uncertainty”.

The task team was asked to explore funding mechanisms, including possible allocations from national and provincial government. Sanral said the final outcome from the task team was “expected imminently”.

Mr Ramaphosaâ€™s spokesman, Ronnie Mamoepa, would say on Wednesday only that the teamâ€™s work “was on course”.

Sanral chief financial officer Inge Mulder said: “We donâ€™t want to increase the overall debt until we have certainty.

“We can carry ourselves for the next few months. The spreads are moving out for most state-owned companies so itâ€™s not a good time to fund if you do not need it.”

Last month, Sanral said it was concerned about how much longer it could continue to operate with failed bond auctions.

This was after it attracted only one bidder for its April auction and raised R270m of the R600m it required. Sanral needed R600m a month from bond auctions to cover debt servicing, maintenance and operations, and to repay or refinance some of its bonds.

The agency needs R4bn for four bonds maturing this year; the first matured last month and the rest mature in September.

The bonds maturing in September have been refinanced, with investors switching from the older SZ18 bonds to government-guaranteed HWAY23 or HWAY24 bonds.

Two days after the announcement of the panel, only two of the original 11 bidders remained, and this has grown to just three.

The panel recommended a hybrid system to pay for the Gauteng Freeway Improvement Project (GFIP), which included e-tolls.

Mr Ramaphosaâ€™s task team was set up after the panel to look at funding options, though the user-pays principle has been emphasised by Finance Minister Nhlanhla Nene and Gauteng Premier David Makhura.

Sanral has held three bond auctions this year and only one of them was successful.

Its auction in February â€” the first for the year and attended by three bidders â€” raised only R400m at an acceptable spread, despite receiving R621m in bids. Its March auction raised R600m.

RMB credit analyst Elena Ilkova said the final report from the task team needed to have a solution that included a timeline.

An arrangement for Sanral to get revenue from the GFIP was necessary as the “uncertainty was clearly intolerable, as evidenced by the lack of investor interest”, she said.

“The status quo does not allow investors to, in good faith, bid for Sanral,” Ms Ilkova said.

She said Sanral could “test investors again” in the bond market once it had more certainty on what would happen next.

On Wednesday, media reports said that Sanral had received a R12.5bn cash injection from the government.

However, Ms Mulder said this was a normal annual budget allocation given to Sanral for its nontolled roads for the 2015-16 financial year.

“Tolled roads are still ring-fenced and must fund themselves,” Ms Mulder said.