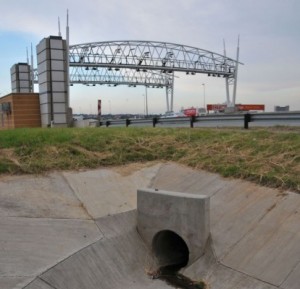 THE South African National Roads Agency (Sanral) and the Department of Transport hope to persuade more Gauteng road users to register for e-tags by promising to exempt them from paying higher tariffs.

Motorists would be charged “standard tariffs” for outstanding toll bills between December 3 2013 and February 28 2014. But they have to register with Sanral and settle their outstanding account in full before the end of June to qualify.

Sanral said the move was implemented because “road users were still familiarising themselves with the new system”. Invoices that were delivered late because of the postal strike further justified it.

The agency also said the e-toll accounts of registered users who had paid alternative user tariffs for this period would be credited with a discount by the end of June.

Opposition to Urban Tolling Alliance (Outa) spokesman John Clarke said Gauteng motorists should not allow themselves to be “seduced” by the exemption.

“This is part of their strategy to coax road users who have not signed Sanralâ€™s onerous terms and conditions into their net,” he said.

Mr Clarke said this was done “in order to solve the dire long-term financial problems that Sanral now faces for having embarked on e-tolling without obtaining a comprehensive public endorsement”.

Outa chairman Wayne Duvenage said he expected Sanral to now issue summons to nonpayers to scare the public into compliance.

However, Mr Alli said the lenience was an opportunity for road users to familiarise themselves with the system and the payment options available. “In the application of the â€˜user-paysâ€™ principle, we always look to make charges affordable. We believe this will assist those road users who have fallen behind with their payments to catch up.”

The belief that e-toll rates were low did nothing to dampen demand for Sanralâ€™s R500m bond issue in April, which was close to twice oversubscribed. After the success of the auction, Sanral will resume monthly bond auctions, which were halted in September 2011. The agency plans to raise R5.5bn in bonds this year to cover the cost of operations as well as repay some short-term debt.