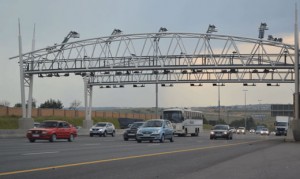 Ali says most of the people who have registered for e-tags are receiving the correct bills, but its major concerns lie with those who haven’t registered.

The controversialÂ e-tolling system went liveÂ on 3 December 2013, but since then a number of motorists have complained about receiving wrong invoices and inflated bills.

Alli says in that case, Sanral uses the eNaTiS database which may contain contact details that have not been updated.

â€œOur major challenge has been in terms of the people who havenâ€™t registered and those whose details are not updated in the database we use.â€