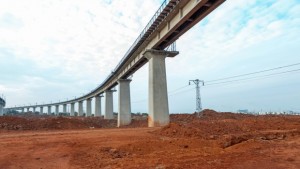 According to a report by Timetricâ€™s Construction Intelligence Centre (CIC), South Africa has been rated as one of the top 21 countries in Africa and the Middle East for road and rail projects.

Collectively valued at US$791, almost 400 large-scale road and rail projects make up the report, with the top 11 countries accounting for US$645bn of the total value.

The CIC has been tracking the projects, which have been categorised into railways, highways and roads, trams and metros, along with mixed projects that include bridges and tunnels, since October 2014.

Nigeria leads the list in terms of value of projects â€“ accounting for US$108bn, followed by Saudi Arabia with projects valued at US$87 billion, and the United Arab Emirates (UAE) with a total of US$87 billion. Southern African countries, Botswana and Mozambique, also featured on this list.

According to the CIC report, over 72% of the road and rail projects were at the pre-execution phase when analysed, while projects due to start in 2015 were valued at US$306bn.