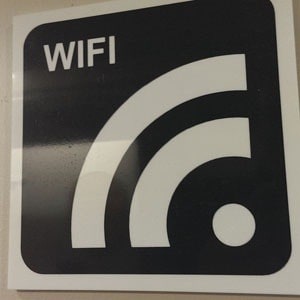 The City of Tshwane has a stated goal of blanketing the city with Wi-Fi coverage and has been successfully rolling out free Wi-Fi access for citizens. (Duncan Alfreds, Fin24)

Johannesburg – Millions of Wi-Fi hotspots are needed in SA for the country to connect the majority of its population to the internet.

This is according to the chairperson of the Wi-Fi Forum South Africa, Andile Ngcaba, speaking at his organisation’s inaugural conference in Johannesburg last week.

â€œThe context in which the 5 million hotspots was raised is that if we – Wi-Fi community and stakeholders – are committed to providing coverage of the South African population, this is the minimum number of hotspots required,â€ Ngcaba told Fin24.

â€œAs I said in closing the conference, we may be underestimating the impact and potential for Wi-Fi as we have done with mobile communications and the growth of the internet. Â In my view, Wi-Fi will be one of the most important bearers of data in the future and critical to the countryâ€™s broadband future,” he said.

South Africaâ€™s National Broadband Planâ€™s intends to connect the majority of the country by 2020, in part, by boosting the number of localWi-Fi hotspots.

But the Institute of Race Relations (IRR) last week criticised South Africa for having broadband products which, on average, are 10 times more expensive than in the UK but up to 5 times slower in speed.

Responding to the IRR’s assessment that slow broadband is also holding back SA’s democracy and economy, Ngcaba said a faster roll-out of internet services is required.

â€œBased on my own and the discussion at the conference it was abundantly clear that we – as a country – need to accelerate the deployment of broadband in South Africa. Â The approach to achieving this differs and there are different paths to achieving it. We, as the Wi-Fi Forum SA, are looking how we can contribute to this goal through the deployment of Wi-Fi across the country,â€ Ngcaba told Fin24.

Free Wi-Fi hotspots, though, are already being rolled out in key urban areas across the country.

Fin24 reported last week that the City of Cape Town has already installed 69 free Wi-Fi access hotspots throughout Mitchells Plain and Khayelitsha. The city has plans to connect a further 61 areas by June 2015.

All areas that are connected to free Wi-Fi in Cape Town are linked to the cityâ€™s public infrastructure. City dwellers using this free internet also have a choice of three internet service providers: Orange, Internet Solutions (IS) and MWEB.

â€œOur strategy is to install the hotspots at our existing municipal buildings. So, wherever the city has got infrastructure, we plan on installing a Wi-Fi hotspot in public hubs. So, we wonâ€™t install a Wi-Fi hotspot where thereâ€™s no public flow,â€ Emma Powell, a spokesperson at the City of Cape Town, told Fin24 last week.

Meanwhile, non-profit organisation Project Isizwe has been connecting parts of the City of Tshwane to free Wi-Fi.

Areas of Tshwane that Project Isizwe has connected include the Pretoria CBD and Mamelodi.

The Gauteng provincial government has also said that around R150m has been invested to deliver free Wi-Fi services in Tshwane.

The technical standards for Wi-Fi are rapidly evolving, a factor that could boost internet speeds in future and make the technology more mobile.

But Wi-Fi standards established by the Institute of Electrical and Electronics Engineers (IEEE), such as 802.11ac and 802.11af, provide faster throughput speeds and even communication between cars.

â€œThe devices that will be manufactured and sold in South Africa – in future – will be based on these standards and therefore it is important that we understand, participate – where possible – and monitor these activities,â€ Ngcaba told Fin24.