RTSA to Install Traffic Cameras on All Major Highways 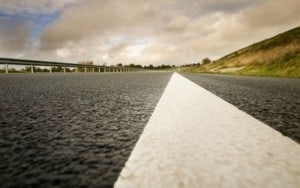 The Road Transport and Safety Agency (RTSA) says plans are underway to install traffic surveillance system in all highway roads across the county.

RTSA Chief Executive Officer Zindaba Soko said discussions are on-going adding that once concluded, the system will be implemented.

Mr. Soko said this was meant to enhance the operations of the agency and to monitor some careless drivers so as to reduce road traffic accidents.

Speaking in a telephone interview with ZANIS in Lusaka today, Mr. Soko said the highway traffic surveillance system will have E- check point and other applications which will ease the operation to the agency.

He however said the installation of the traffic surveillance system will be a pilot project.

Meanwhile, Mr. Soko has refuted claims by some road users that the agency has affixed cameras on some selected traffic lights in Lusaka.

He stated that the agency was only operating according to its regulations adding that it will not hesitate to arrest drivers and impound vehicles once found wanting.