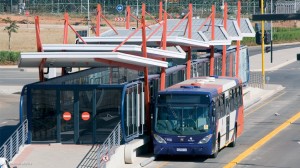 Bus drivers would work from 05:00 until 08:00 on Monday, then go on strike “until further notice”, spokesperson Obed Sibasa said in a statement on Sunday.

“Passengers are advised to look for alternative transport in the afternoon and after work until further notice.”

In a separate matter, the Gauteng transport department had planned a meeting on Monday in an attempt to resolve tension between two taxi associations – Meadowlands, Diepkloof North (MDN) and the Baragwanath, Meadowlands Taxi Association (BMTA).

Representatives of the Top Six, MDN, and BMTA associations and Gauteng government were expected to be at the meeting.

“It is alleged the fight for routes between the two associations led to the death of MDN owner Mzayifani Mpongose,” said Sibasa.

This was due to week-long MDN drivers’ strike, which started last Monday and ended on Sunday following a meeting between drivers, said Sibasa.

Mpongose was shot and killed in Orlando West, Soweto, last Saturday. No arrests had been made and police were investigating.

“According to owner-driver Joe Mcunu, drivers will be back at work tomorrow [Monday] and taxis will be operating from Meadowlands and surrounding areas to town [Johannesburg CBD],” Sibasa said.

“The Bara-Meadowlands route is still a stalemate pending the outcome of the department of transport meeting tomorrow [Monday].”