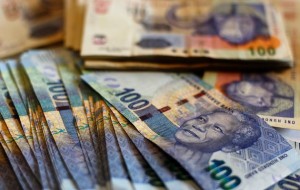 The amount will be drawn from the R281-million budget allocated to the Speaker of the council. File photo
Image by: SIPHIWE SIBEKO / REUTERS

Johannesburg will blow more than R100-million on upgrading the council chamber in Braamfontein as property rates for residents rise by 5%.

Presenting the city’s budget yesterday, finance MMC Geoffrey Makhubo said R103-million had been set aside for the upgrading.

The amount will be drawn from the R281-million budget allocated to the Speaker of the council.

Makhubo presented a record budget of R47.1-billion, which provides for both operating and capital expenditure.

Capital expenditure increased to R10-billion in the 2014-2015 financial year. This includes construction of a bus rapid-transit system route on Louis Botha Avenue at a cost of R2.6-billion.

The Johannesburg Roads Agency has been allocated R814-million for roads infrastructure.

As of July 1, the responsibility for housing now held by the province will be transferred to the city. Johannesburg has received a R59.5-million grant from the provincial government to strengthen its capacity for housing provision. The city’s housing department was allocated a three-year capital budget of R2.6-billion.

Johannesburg has 180 informal settlements, 60 of which are soon to be reclassified as formal townships.

City Power was allocated an operating budget of R13.2-billion.

Makhubo also announced that the city would sell green bonds to enhance its ability to invest in green, sustainable projects.

Makhubo said the city council had improved its notoriously unreliable billing system and had increased its collection rate to 92.5%.

The bad news was that electricity prices will rise by 7.05%.

Water and sewerage tariffs will rise by 8.9%.

Tariffs for waste removal will increase by 6% for domestic households and by 8% for businesses.

Properties valued at less than R200000, and households registered as indigent, will continue to enjoy free rubbish removal.