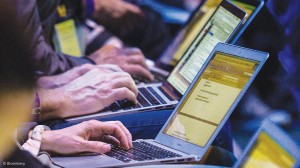 GautengÂ has taken a step towards implementing its so-called â€œsmart provinceâ€ strategy, with an extensiveÂ R1.2-billionbroadbandÂ project, designed to promote greater government efficiency, stimulate innovation and knowledge creation and lay the basis for higher levels of economic growth.

Before vacating his post, thenÂ GautengÂ Finance Member of Executive Council (MEC)Mandla NkomfeÂ toldÂ EngineeringÂ NewsÂ that the GBNÂ projectÂ had started to gain traction in 2009, when aÂ projectÂ management division was established.Â Barbara CreecyÂ took over as Finance MEC at the end of May after Nkomfe had withdrawn from the African National Congress (ANC) provincial government list â€“ he remains a member of theÂ GautengÂ ANC provincial execu- tive committee.

Guided by studies showing the required actions and way forward to boost access to the Internet at a reduced cost, tenders were invited in January 2013 â€“ nearly ten years after the concept was first mooted.

The proposed GBNÂ project, which was initially weighed down by a R7-billion to R10-billion price tag, is expected to be self-funding by the third year, reducing the provinceâ€™s capital outlay to R510-million, spread over the next two years.

The province, which remains the single largest contributor toÂ South Africaâ€™s economy and home to nearly 13-million people (24% ofÂ South Africaâ€™s population), already has somebroadbandÂ penetration. However, only 35.2% of its residents currently access the Internet â€“ 8.6% from their homes, 16.3% using their cellphones, 4.7% while at work and 5.6% from elsewhere.

It is hoped these figures will change as the 18-month design and roll-out of the next-genera-Â tion networkÂ and a core network advance. The expectation is that it will provide avirtual private networkÂ ofÂ converged network servicesÂ covering 95% ofÂ Gautengâ€™s population.

â€œThrough theÂ broadbandÂ network initiative, we want to provide a network that is available everywhere for government, business and citizens, and, subsequently, ensure that government service delivery is improved,â€ Nkomfe says.

This means linking, among other aspects, provincial government buildings to improve operational efficiency, as well as social facilities, such as clinics and hospitals, to promote service delivery; connecting specific economic centres to enhance efficiency in the provision of business services; reducing the cost of doing business â€“ one of the provinceâ€™s biggest economic barriers; and stimulating business activity.

The GBN, which will initially provideÂ voice and data servicesÂ for more than 130 000 government employees, will then be transferred to theÂ GautengÂ provincial government, with the training of several entrepreneurs and small, medium-size and microenterprises (SMMEs) under way with a view to taking over after the five-year period.

The GBN will introduce upgradable high- speed fibre-optic transmission speeds, enabling eachÂ GautengÂ provincial building to access the network at a speed of between 1 Gb/s and 10 Gb/s. That would be about 500 times faster than the current network speeds at some of these facilities, Altron TMT group executive for business developmentÂ Tim EllisÂ explains.

TheÂ project, which emanates from the ICT strategy formulated by theÂ GautengÂ provincial government, is intended to transform the province into a â€œsmart provinceâ€ and a â€œconnected global city regionâ€.

With the delivery of converged services, such as video, voice and data, to theÂ GautengÂ provincial government and its entities, public schools, hospitals and social welfare facilities, the province will narrow the digital divide and increase Internet access and uptake.

Nkomfe adds that the job creation prospects of this initiative are immense, as the GBN is expected to create new job opportunities for small businesses in network-building activities, as well as in network support and management services.

Further, the province hopes to reduce the currently high costs of communication, which create a barrier for businesses, particularly SMMEs, and to enable citizens to participate in the knowledge economy.

Gautengâ€™s ICT strategy points out that increased ICT use by the business community will contribute to efficiencies and lead to higher productivity.

It can also increase â€œbusiness sophisticationâ€ in the SMME sector, which contributes a signifi- cant proportion ofÂ Gautengâ€™s gross domestic product and creates a large number of jobs through easy access toÂ business intelligenceÂ and markets.

Two-thirds of the more than one-million SMMEs in the local economy nationwide are engaged in small-scale trading or the sale of goods and are survivalist businesses. ICT can create new opportunities for them.

Metro Boost
While Altech has not been tasked with expanding theÂ projectÂ to the metropolitans, the GBNÂ projectÂ envisages linking all the massbroadbandÂ andÂ Wi-FiÂ initiatives under way in theÂ Tshwane,Â EhurkuleniÂ andÂ JohannesburgÂ metropolitans, as well as the eventual initiatives in municipalities, such as Sedibeng and Metsweding, where the digital divide is growing and the population is increasingly excluded from mainstream economic activities, owing to limited or no fixed-lineÂ broadbandÂ coverage.

TshwaneÂ executive mayorÂ Kgosientso RamokgopaÂ says the city will roll out about 600 additionalÂ Wi-FiÂ hot spots throughoutÂ Tshwane, prioritising institutions of learning over the next 18 months to mitigate the limitations of the poor to access opportunities, gain basic knowledge and participate in the mainstream economy.

TheÂ projectÂ will extend to more than 200 schools in Soshanguve, Mamelodi andÂ AtteridgevilleÂ during 2014, as the parties will also implement freeÂ Wi-FiÂ access in these areas as part of Phase 2 of theÂ ProjectÂ Isizwe initiative.

The network aims to provideÂ Wi-FiÂ services for the cityâ€™s employees, households and businesses by 2016.

The cityâ€™s network will significantly increase access to the Internet, including open online courses, through libraries. A total of 35 libraries will be connected by June, with the cityâ€™s remaining 50 libraries having free Internet access by the end of 2014.