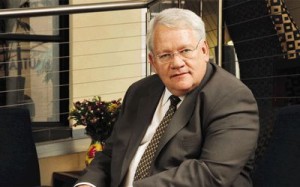 THE establishment of the Gauteng Transport Authority, which will co-ordinate the implementation of a 25-year transport and spatial development plan, is being delayed by fears among the provinceâ€™s mayors of “losing power”.

Gauteng roads and transport MEC Ismail Vadi said on Thursday there was still no certainty that Gautengâ€™s 12 municipalities â€” including three metros â€” will agree to the establishment of a fully fledged transport authority, as this would be seen to encroach on their turf.

Gautengâ€™s public transport has been managed by separate agencies and municipalities that have failed to prioritise integration, resulting in overlapping systems and a lack of co-ordination.

Mr Vadi created a transport commission late last year, as a precursor to a transport authority, he told a transport forum at the University of Johannesburg yesterday. But the going was not easy.

“Municipalities jealously guard their turf. Even mayors have been wary of what I am trying to do. They are not prepared to surrender power,” he said.

This is despite general agreement that the principle of integrated transport planning must be adopted.

In November last year, all 12 municipalities agreed to the creation of the authority to oversee the planning of current transport projects.

“I thought that would take three months. But it took a year, because municipalities want to know what power I want to take away from them,” Mr Vadi said.

The development of a single authority to manage the roll-out and integration of public transport in Gauteng is part of a blueprint envisaged by the provincial governmentâ€™s 25-year integrated transport master plan initiated by Mr Vadi. But the transport authority is difficult to create because Gauteng incorporates three metros, and the movement of people between them requires special integration.

Two more metros are also on the cards for Gauteng.

Transport operators also have concerns. Passenger Rail Agency of SA (Prasa) executive manager of rail strategy Dries van der Walt cautioned that an authority had to clearly set out its roles and responsibilities, as well as those of local municipalities and service providers. Although international systems were used as a benchmark, Mr van der Walt said local realities needed to be put into context.

He said talk of devolving the responsibility for passenger rail from Prasa to municipalities was premature, even though talks are in place to do this in Cape Town.

Gautrain Management Agency CEO Jack van der Merwe told the forum yesterday that the cost of doing nothing would be far higher than planning for a Gauteng that can transport 8.6-million workers.

Mr van der Merwe said a fully functional transport authority should be the custodian of centralised planning. He said it should update models and co-ordinate data. It should also retain scarce skills and ensure that integrated transport planning takes place in the province, he added.

A common timetable and schedules, one electronic ticketing system and fare harmonisation are the other responsibilities of an authority.

It would also oversee contracts, subsidies, norms and standards, and funding, as well as the infrastructure needs of the province.

Gautengâ€™s new transport master-plan is based on shifting modes of transport; from motorised to non-motorised, private to public and road to rail. It relies on changing Gautengâ€™s land-use patterns.

Mr Vadiâ€™s plans are in line with the National Development Plan, which calls for the creation of a streamlined urban transport system.

The authority is the key pillar of his five-year Gauteng transport implementation plan (GTIP5), which forms part of the long-term plan.

South African Transport and Allied Workers Union spokesman Vincent Masoga said a transport authority had to introduce a clear policy for transport in Gauteng that responded to the demands of passengers and service providers such as taxis.

University of Johannesburg professor Jackie Walters said the absence of a transport authority in Gauteng contributed to fragmented systems.

A transport authority would address institutional weaknesses, Prof Walters said. It would make seamless integrated planning possible and because it would transcend political changes, the likelihood of retaining institutional memory was good.

But it would require new legislation and political buy-in. There was a danger of opposition from officials attempting to protect their turf, Prof Walters warned.