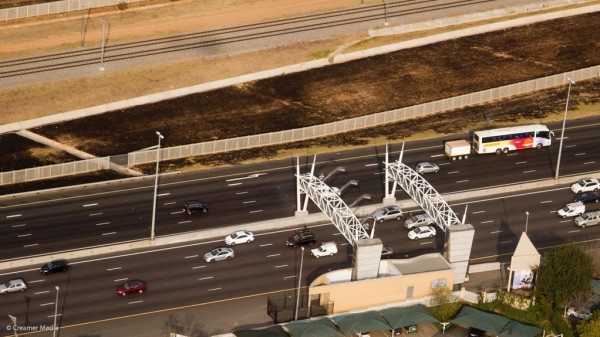 The Presidency on Friday released a statement in defence of the controversialÂ e-tollingÂ system, asserting that it was part of a far broader infrastructure plan intended to develop world-class infrastructure that would boost economic growth and development inÂ South Africa.

While acknowledging that tolling had, like all measures which added to the existing financial commitments of consumers, â€œbeen met with some uneasiness and unhappinessâ€, it suggested that commuters were not fully informed of the benefits and exemptions afforded by the system.

â€œSome information that is important for consumers to know appears not to have found its way into the public domain in a visible way. One is that workers travelling in buses and taxis are exempted fromÂ e-tolls, as these modes ofÂ transportÂ pass through the gantries free of charge.

He added that the Gauteng government had adopted the â€œuser paysâ€ principle to enable the speedy and efficient delivery ofÂ transportÂ infrastructure, and had upgraded alternative roads to assist those who did not want to use the tolled roads.

Among these was the R55 that ran parallel to the N1 from Woodmead, Sunderland Ridge, Laudium andÂ PretoriaÂ West, which also linked â€œwellâ€ with theÂ Mabopane freeway.

â€œThis is a high-quality, dual-carriage road and is not tolled,â€ said Maharaj.

The M1 between Woodmead drive and Corlett drive had also been upgraded at a cost of R86-million to include four lanes, thereby easing traffic on the busiest section of the GautengÂ freeway network.

For motorists travelling from the south ofÂ Johannesburg, the R82, or the OldÂ VereenigingÂ road, had being developed into a dual-carriage way between Eikenhof andÂ Walkerville.

In addition, the N12 near Lenasia and Eldorado Park had been widened into three lanes each way, while theÂ Golden HighwayÂ had been â€œrehabilitatedâ€.

â€œThe section between Potgieter street, inÂ Pretoria, and theÂ Brakfontein interchange, in Centurion, has been widened from two to three lanes at a cost of R115-million.

â€œThe sinkhole at Jean avenue, in Centurion, has also been fully repaired at a cost of R59-million,â€ the Presidency noted, adding that the R25 between Bronkhorstspruit and Kempton Park had also been â€œrehabilitatedâ€.

In addition, as part of a â€œmassiveâ€ infrastructure programme, government said it was determined to make railÂ transportÂ the backbone of publicÂ transportÂ in Gauteng, with the Passenger Rail Association ofÂ South AfricaÂ allocating R120-billion over the next ten years to buy new trains.

â€œA total of 2 800 trains will be delivered next year in Gauteng,â€ said Maharaj.

In addition,Â Johannesburg,Â TshwaneÂ andÂ EkurhuleniÂ had detailed plans to roll out bus rapid transit systems, which would cost some R10-billion.