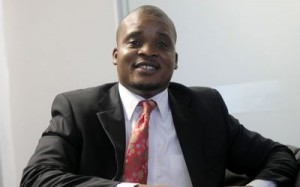 THE new passenger trains for the Passenger Rail Agency of South Africa (Prasa) will arrive more than six months later than planned.

This is after the Treasury gave the state-owned operator of Metrorail the green light to begin its massive fleet renewal programme only this week. The R51bn contract is the largest contract for capital equipment in South Africaâ€™s history.

The Treasury caused the delay as it needed time for “consultation”. Further, it has capped the cost of the programme at R53bn, which could see Prasa acquiring fewer trains than it needs to bring relief to its ageing, unsafe commuter fleet.

The R51bn contract, which was awarded to the Gibela consortium in 2012, was signed on Saturday. It is four months behind schedule because the Treasuryâ€™s approval was gazetted only this month.

Gibelaâ€™s majority shareholder and main supplier is French manufacturer Alstom, and its local empowerment partners are Ubumbano Rail and New Africa Rail. The contract prices a commuter coach at about R14.2m.

Franceâ€™s Alstom is a target of a takeover bid by US rival General Electric (GE).

The bid sparked the interest of German group Siemens, which, according to AFP, is interested in buying Alstomâ€™s power business and leaving it some of its train and transport-related businesses.

GE was last week reported to be interested in buying Alstomâ€™s power business with the possibility of then spinning off the transport business to avoid competition concerns. This is because GE also has a substantial transport business.

All three companies are suppliers to South Africaâ€™s state-owned companies such as Eskom and Transnet.

Prasa has said it would buy 3,600 coaches over the 10 years of the programme.

The Treasury, which initially indicated that it would fund only R40bn of the projectâ€™s cost, has made R53bn available.

The additional R2bn that has been granted comes from “contingency funds”.

However, this cost of R53bn excludes the effect of inflation and foreign exchange escalations.

Prasa has warned that should the project, over the coming 10 years, exceed the limits set by the Treasury, the state-owned rail company may have to buy fewer train sets than initially planned.

Since September 2012, when the bid was submitted, the rand has depreciated by more than 40% against the euro.

For the first five years of the contract, Gibela will be responsible for managing currency hedging arrangements at no cost to Prasa.

Thereafter, the deal converts to a multicurrency arrangement and the Treasury would hedge the rand, mainly against the euro and renminbi, said Prasaâ€™s fleet procurement programme head, Piet Sebola. Prasa was satisfied that the contract presented good value for money.

Mr Sebola said Prasa would pay about R3m less, per coach, than its own projected figure based on feasibility studies conducted in 2011.

The first train is scheduled to arrive in the country during the fourth quarter of next year.

Prasa CEO Lucky Montana said the contract was “one of the biggest railway procurement processes in the world”. The new coaches would introduce high standards of safety, reliability and comfort to Metrorail, Prasaâ€™s commuter service.

Gibela CEO Marc Granger said the consortium was ready to start work. It had already signed letters of intent with 35 local suppliers of components and raw materials.

The project would create more than 33,000 direct and indirect jobs, and its local content requirement was 65%. In addition, Gibela will train an estimated 19,000 people, including artisans, technicians, train drivers and technologists.

Transport Minister Dipuo Peters commended Prasa for a “transparent, fair and competitive” bidding process. Its appointment of the probity officer helped ensure that the transaction was above board.