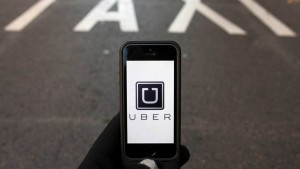 Uber differs from conventional taxi services in that users order a cab using an app rather than a call centre. (Sergio Perez, Reuters)

The rise of taxi service Uber in South Africa has its competitors crying foul and alleging a number of violations of the law.

These include allegations that the company may be flouting foreign exchange controls, is not paying VAT and is bypassing the regulation of taxi services by saying it is not a transport company.

Uber claims it is a technology company that connects a consumer with a taxi driver, who acts as an independent contractor to Uber.

This places the onus for all regulatory and income tax compliance on the driver of the cab, and not on Uber.

This business model has resulted in some of Uberâ€™s independent drivers in Cape Town having their cabs impounded because they did not have the proper operating licence.

Uber Johannesburgâ€™s managing director Alon Lits says everything is above board and that the company complies with all applicable tax laws in South Africa.

He adds that Uber pays the relevant tax in every territory it operates in, including corporate income tax, payroll tax, sales tax and VAT.

Uberâ€™s business model bypasses local regulatory controls, allowing it to operate fleets of taxis in cities around the world.

Tax avoidance?
The allegations it faces in South Africa are not new to the smartphone service. Wherever the multinational company opens shop it has been dogged by claims of tax avoidance and bypassing regulatory control as well as protests from existing taxi operators.

Countries in this new digital world are realising that existing regulations and laws are not sufficient to deal with technology start-ups and are grappling with how to regulate new operators such as Uber.

In South Africa one of the key allegations is that all cab fares are paid directly to a company based in the Netherlands, a known tax haven, with 80% of the fare being repatriated to South Africa to pay the drivers of the cabs.

Questions have been raised over its business model including whether South Africa is losing out on valuable tax revenue.

A number of tax experts said it was impossible to say whether Uber was in contravention of South African tax laws without taking a close look at its contracts with the independent taxi drivers.

Grant McGlashan, the managing director of iMobilise Transportation Systems, a company that provides a point-of-sale system that allows taxi drivers to take card payments and operators to manage their fleets of taxis, calls the competition between Uber and the taxi companies in South Africa a â€œDavid versus Goliathâ€ story.

He argues that Uberâ€™s business model means there is not a level playing field for the taxi sector.

The Metered Taxi Council of the Western Cape, which represents between 2Â 500 and 3Â 000 metered taxi drivers, has called for Uber to be shut down and has staged protests against the company.

VAT exempt or not
McGlashan says that Uberâ€™s attempt to classify itself as a technology company rather than a transport company was disingenuous because the Uber app has merely replaced the call centre that most taxi companies operate.

In Johannesburg, Uber contractors operate using charter services licences, which allow prices to be preset ahead of the journey.

McGlashan has queried this: â€œThis is interesting as charter services are those where a vehicle and driver is hired for a journey at a charge arranged beforehand with the operator.â€

He argues that Uber does not provide a charge upfront, only an estimate.

Lits says each city in South Africa has different interpretations of the National Land Transportation Act. This is why Uber uses different licences in Cape Town and Johannesburg.

He says the company is in discussions with the City of Cape Town to resolve the issues linked to the impounding of cabs.

McGlashan says he has queried the fact that all fares from South Africa are paid to a company based in the Netherlands and has asked the South African Reserve Bank to investigate whether this was a violation of South Africaâ€™s foreign exchange regulations.

The Mail & Guardian has seen correspondence from the Reserve Bank stating that it is investigating McGlashanâ€™s query.

When the M&G contacted the Reserve Bank for comment this week it did not respond.

McGlashan says that because Uber argues it is not a transport company, the fares it charges should be subject to VAT.

In South Africa all fare-paying transportation services are exempt from VAT.

Lackay says that if a company does not qualify for the VAT exemption related to public transportation then it would have to pay VAT and would have to stipulate on each bill to a customer what the VAT portion of the bill was.

Uber bills
Lits says Uber does not need to charge VAT because it issues the bill for the taxi ride on behalf of the independent taxi driver and processes the payment on their behalf too.

Lits sent the M&G an Uber bill to illustrate that it states at the bottom the name of the driver and that the bill was issued on behalf of that driver.

But a separate Uber bill the M&G has in its possession does not state this. Lits could not explain this difference.

McGlashan also raised concerns that some of Uberâ€™s contracted drivers and vehicles donâ€™t have operating permits and licences to operate, saying this could have implications for a passengerâ€™s life cover or medical aid benefits if they were to be injured in an accident.

Discovery medical aid insisted that in both cases the policies would pay out.

Creating opportunities
In a written response to the M&G, Uber says it is a â€œtechnology company connecting riders to drivers in the areaâ€.

â€œUber is bringing economic opportunity to thousands of independent local business owners, who would traditionally have been salaried employees working long hours with little flexibility or freedom.

â€œPartner drivers keep a majority of the fare, with Uberâ€™s fee being far lower than competitors,â€ according to the Uber letter.

â€œUber complies with all applicable tax laws, and pays the relevant tax in every territory it operates in. This includes corporate income tax, payroll tax, sales and use tax, and VAT.

â€œUberâ€™s system is also completely cashless, bringing transparency and traceability to an industry that is typically almost entirely cash-based, and where there are often concerns of under-reporting for tax purposes.â€