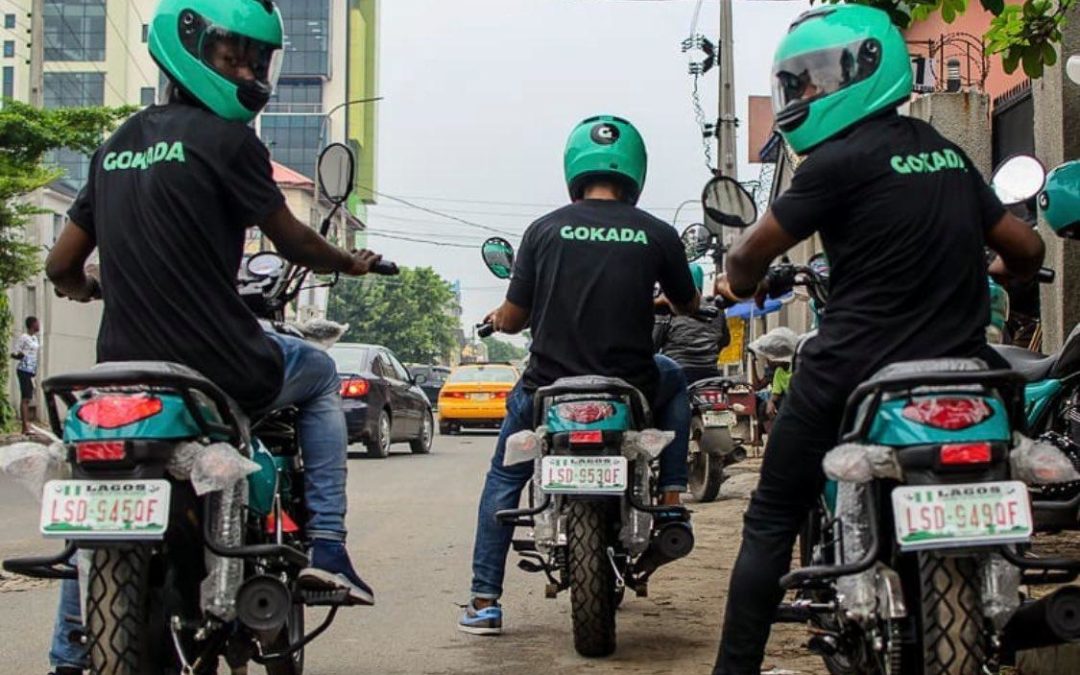 It was January 2020, and the ride-hailing business in Nigeria was booming.

Dopemu Abiola had just signed up to become a driver on ORide, one of the leading motorbike-hailing companies in Lagos. But just a week before he was set to start, he discovered an unusual crowd gathered around the stall of his favourite newspaper vendor.

They were discussing news that would quickly curdle his excitement into disappointment: Okadas—or motorcycle taxis—had been banned by the Lagos state government, citing accidents and security concerns. This wasn’t the first time commercial bikes had been banned by the state, but this time, the net had extended to startups. Dopemu felt as helpless as thousands of other drivers who could do nothing but stand by and watch “the fate of companies who are on the verge of losing millions due to this new policy.”

Ride-hailing startups face major challenges including shifting regulation, stiff competition, and poor infrastructure
Like many startups globally, Nigeria’s ride-hailing startups have had to satisfy customers, motivate their drivers, provide good returns for investors, and stay innovative and competitive, while maintaining a strong share in a crowded market. But they also face unique domestic concerns: escalating regulation, whiplash policies, a lack of clear road networks, a run of complaints against drivers, and the absence of digitized data to help their systems run efficiently.

One month when I spent over 100,000 naira ($200) on Uber and Bolt, I figured that’s 300% above the national minimum wage.
In addition, the impact of the coronavirus pandemic, and the ongoing economic crisis, including the devaluation of the naira, an uptick in inflation, and declining purchasing power are prompting citizens to prioritize paying for essential items. A ride with an on-demand firm doesn’t really fit the bill.

“One month when I spent over 100,000 naira ($200) on Uber and Bolt, I figured that’s 300% above the national minimum wage,” says Idoreyin Idiong, a Lagos-based marketing professional. “I advised myself to start alternating my rides with danfo (commercial buses) just to reduce overhead.”

If existing ride-hailing companies can survive these obstacles, they’ll chart a path for other Nigerian startups including logistics and food commerce, who are trying to take advantage of immense demand while navigating an intense environment.

The sector has seen impressive growth in a short space of time. A 2020 report by South African think-tank Cenfri, which collated pre-pandemic data, had Nigeria accounting for about $292 million out of the $2.5 billion in revenue projected for Africa’s entire e-hailing industry that year.

[Lagos,] the ever-busy, congested, commercial hub of Nigeria with an inefficient public transport system begging for disruption. Most Nigerian cities can’t boast of this, even if they’re geographically bigger.
The report also estimated that Nigeria is home to 15% of Africa’s 48.6 million e-hailing users. Therefore, it’s no surprise that what began with Uber in 2014, is now a booming industry with diverse players launching across various e-hailing verticals—cars, motorcycles, and bicycles—seeing massive adoption and millions in capital injection. Uber claims an average of 9,000 Nigerian drivers, while Bolt says its 10,000 drivers are yet to satisfy the ever-growing demand of thousands of users on the app.

Michael Okaredje, CEO of Pickmeup, a Nigerian ride-hailing company is confident that an increasing demand for mobility by Africa’s fast-rising young population, combined with the continent’s challenges with mass transit, will continue to make ride-hailing “a multi-billion dollar market.” He adds “Investors are also placing huge bets on startups committed to advancing ride-hailing within the sector in Africa, which will only further fuel growth.”

But “the regulatory landscape and access to finance are probably the biggest challenges in the sector,” he says. “With further investment and a simplification of policies and legislations, the industry has the potential to generate more income for the economy.”

To survive, some ride-hailing companies are looking beyond Lagos
The okada ban revealed how much startups were hobbled by a limited focus on Lagos, Nigeria’s capital.

Although Lagos accounts for only about 10% of Nigeria’s 200 million population, it has been a cynosure for tech companies looking to kick off in the Nigerian market. Prior to the ride-hailing ban, it was the country’s biggest ride-hailing market, with many startups choosing to focus on the city.

Okaredje says this focus sprang from Lagos’ appeal as “the ever-busy, congested, commercial hub of Nigeria with an inefficient public transport system” begging for disruption. Most Nigerian cities can’t boast of this, even if they’re “geographically bigger.”

While the Lagos ban may have slowed the growth of bike-hailing companies, Okaredje believes other urban cities present a big opportunity.

‘There’s a lot of urban cities yet to be captured and urban populations that are unserved by ride-hailing companies. So I see a lot of geographical expansion happening and the launch of new companies in those underserved areas,” he says. “Seeing the potential in those areas, I expect investors to readily back startups seizing the opportunities,” he says.

But obstacles remain, including the undefined regulatory stance of other regions. As an example, Nikhil Goel, CEO of Gokada, a ride-hailing-turned-delivery startup, cited how the Lagos state government had put in place legislation requiring motorbikes to have 200 cc engines in order to operate on highways and roads. “This is the only state that currently has this requirement so it didn’t make sense to physically transfer all these resources to set up in other states’ ‘ says Goel. Legislation peculiarities from state to state “can be a minefield to navigate,” he says and ultimately limit service options available to customers, which isn’t ideal.

The story isn’t different for car-hailing businesses. Market leaders, Uber and Bolt, had their first run in Lagos in 2014 and 2016 respectively. They’ve only extended to other Nigerian cities after succeeding in the commercial capital. Yet Uber still only operates in three Nigerian cities currently.

For local players to go mainstream, the best bet is to penetrate other promising but under-explored Nigerian markets. Bolt announced earlier this year that it was adding 14 new Nigerian cities to its operations portfolio. Gokada’s CEO says his company is also willing to ride the wave. “There remains a number of other cities in the country that could be better served and this presents an opportunity for other players to enter the market.”

On-demand ride-hailing Pickemeup is already pursuing this route. Instead of solely squeezing its on-demand mobility services into the semi-saturated areas like Lagos and Abuja, its founders are going after un-served Nigerian cities which they believe present massive opportunities for growth. The team is also thinking beyond internet-focused or digital-savvy users.

“We’ve discovered that the addressable customer base is beyond just smartphone users. While smartphones are crucial to Pickmeup’s operations, we also use a central dispatcher hotline to receive ride requests from potential riders that prefer phone calls to mobile apps and then integrate them into the system” Okaredje tells Quartz.

Nigeria’s changing regulations limit startups’ abilities to scale and call for more innovation
The consequences of regulatory constraints have spiraled beyond ride-hailing to other high-growth sectors in Nigeria’s innovation landscape. Fintech and crypto companies are for instance, either surmounting pressures from regulators or teetering on the edge of restrictive laws.

“When innovators face dangers in a landscape of hazy government regulations, the willingness to scale won’t be there,” says Okaredje.

But the willingness to innovate is always there, especially in the absence of foreign competitors. Plentywaka, Nigeria’s first bus-hailing company is one example. Its choice to go the bus route, a less competitive variant in Nigeria’s e-hailing scene, boosts its chances of a higher market share.

A 2018 report by market research firm TechSci Research projected the e-hailing market in Africa and the Middle East could grow to $7.3 billion by 2023 while sub-Saharan Africa’s motorbike taxi market could be worth as much as around $80 billion.

Investors are also placing huge bets on startups committed to advancing ride-hailing within the sector in Africa, which will only further fuel growth.
That means present and future opportunities, according to players, trump presently existing odds. Goel believes with due diligence and synergy with legislators, the market complexities can be navigated.

“There are similarities between some African countries and other emerging markets in terms of the problems e-hailing solves, like access to affordable transportation, enabling intra-city movement, job creation, etc,” says Goel, “The e-hailing market in Asia has been hugely successful for a number of key players so I would definitely say there is potential for real growth here too.”

Startups won’t just have to persuade investors of the opportunities, but drivers too. After hearing about the Okada ban, as well as listening to driver complaints, Dopemu Abiola, the hopeful ORide driver, is more skeptical than ever about relying on startups as a source of livelihood. He is now working towards building his own delivery business. “I don’t know what will become of ride-hailing in Nigeria tomorrow,” says Abiola “It’s an industry having many decision makers and my fellow drivers in it are still far from satisfied. I’ll rather focus on a personal business I can control. It’s much safer for me that way.”