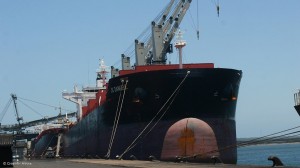 DescribingÂ Africaâ€™s mineralÂ transportÂ challenge as twofold, he said in a statement on Wednesday that there was â€œtoo muchâ€ bulk stock in a single region or country that did not have a direct line from pit-to-port, the establishment of which would require complex cross-border deals.

â€œOn the other hand, we are also faced with regions or countries where the volumes of resources that are being extracted from the mines arenâ€™t large enough to justify a business case for investment in largeÂ transportÂ infrastructure development,â€Â ScottÂ commented.

WSPÂ Civil and Structural Engineers COOÂ Darrin GreenÂ further noted that the bulk of logistics-associated infrastructure, particularlyÂ pit-to-port rail solutions, were driven and implemented by resources companies, which presented a â€œcomplicatedâ€ divergence of government requirements for social reform and the objectives of these companies.

â€œAt the end of the day, no amount ofÂ financeÂ and innovation is enough to get a pit-to-port project out of the pipeline and onto the ground without government engagement and transparent partnership, as infrastructure projects are long-term investments,â€Â Scottconcluded.

According toÂ Ruckus WirelessÂ regional sales directorÂ Michael Fletcher, seaÂ transportÂ was â€œusuallyâ€ the most economical way to move bulk stock, but this relied on the existence of efficient harbours and ports on the continent.

He asserted that there was a global trend for ports to become more involved in value-added activities, such as cargo processing and logistics, as there was an increasing need to improve the efficiency of pit-to-port turnover worldwide.

â€œExact positioning and tracking of all containers is, therefore, key. But, to optimally do so, connectivity and reliable connectivity is essential. As such, having access to a reliable connection allows logistic managers to obtain and manage container, crane and vehicle information in real time, which significantly optimises the entire chain process,â€ Fletcher held.

Dariel Solutions executive directorÂ Greg VercellottiÂ added that this would require mining companies, ports and harbours to acknowledge and adapt to newÂ and innovative technologies.