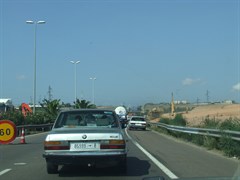 Moroccan motorway operator Autoroutes du Maroc (ADM) says that the company now has 1,511km of operational motorways. This network has cost some US$5.2 billion to construct and the motorways now represent 3% of Moroccan roads, while carrying some 20% of total traffic volumes. The aim of the motorway construction programme has been to boost connectivity and according to ADM, 60% of the population is now connected to a motorway, with 80% of industrial complexes and 76% of tourist zones linked to the network. ADM’s total investments should reach $6.6 billion once it completes the 1,800km set out in the contract with the Moroccan Government. A 3% rise in traffic to 16.8 million vehicles/day during the first half of 2014 has meant that ADM has benefited from a 2.3% rise in turnover from the figure for 2013 to $85.4 billion. The improved roads and new motorway connections as well as tougher enforcement measures meanwhile have also helped lower crash statistics, with serious injuries dropping 21% and deaths falling 14.5% over the previous year.