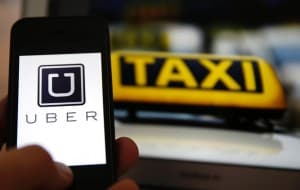 Taxis that are linked on mobile app Uber are being increasingly used, and an increasing number of taxi users are black. File photo
Image by: KAI PFAFFENBACH / REUTERS

We have become a nation on the move because of better access to transport but with mobility have come problems.

It also showed that households in rural areas now have better access to public transport than when the study was last done, back in 2003.

But in the cities and towns people are waiting longer for public transport than in 2003. And traffic congestion means they spend more time on the road.

“Some people say that congestion is a measure of progress,” said transport economist Andrew Marsay.

He said the huge increase in the number of private vehicles on the roads was creating a situation in which congestion was adversely affecting the efficiency of public transport systems.

South Africa might, he said, have to use funding derived from imposts on motorists to subsidise public transport. This funding might come from tolling, as was done in New York.

The survey also found that most young children walked to school whereas those in higher education took taxis.

Most of South Africa’s 15.3million workers use private transport to get to work.

About a million people used buses as their main mode of transport.

The survey identified the cost of transport, the availability of buses, poor road conditions and the reckless driving of taxi drivers as the principal transport problems in this country.

Also a concern was the lack of public transport at certain times, particularly in the Free State, KwaZulu-Natal and Limpopo.

The national household travel survey is used by the government in planning transport development.

Transport economist Marsay said advances in technology were having a profound effect on public transport.

Taxis that are linked on mobile app Uber are being increasingly used, and an increasing number of taxi users are black.

“I think what you are going to see is enterprising taxi owners using technology, such as apps, to enable them to provide services on demand,” he said.