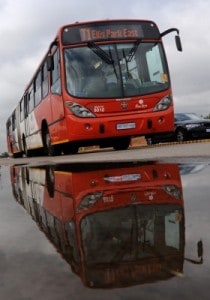 The Gauteng government will implement mega projects for road infrastructural development that will see further roll-out of the Bus Rapid Transit (BRT) system in Johannesburg, Ekurhuleni and Tshwane.

The announcement was made by roads and transport MEC, Ismail Vadi, while presenting his 2015/16 budget vote speech in the provincial legislature. He said his department has been allocated R6.6 billion for its core programmes in the current fiscal year. These include the extension of the Gautrain rail system and the recapitalisation of Metrorail.

â€œThese game-changing projects will create over 500 000 jobs during the construction and post-construction phases. The planned expansion of the Gautrain rapid rail system will link Tshwane and Ekurhuleni with Lanseria International Airport.â€

The city has concluded negotiations with public transport operators operating in Dobsonville, Riverlea, Coronationville, Mapetla and Pimville â€“ where the Rea Vaya was currently operating, added Vadi. He said a new bus operating company, which is wholly owned by former minibus taxi operators and Putco, would star operating from July 1.

Vadi highlighted some of the plans and achievements in the corridor developments. He said his department has completed the construction of William Nicol Drive, adding it would be officially opened during next month. The department would also upgrade Cedar Road into a dual carriageway and upgrade the K46 into a dual carriageway from Diepsloot towards Randburg, he said.

According to Vadi, the new dispensation on e-tolls showed that the government was â€œresponsive and sensitive to the concerns of its citizens.â€ He said both the national and provincial governments had agreed to make financial contributions to SA National Roads Agency Limited (Sanral) so as to ease the financial burden on low and middle income families.