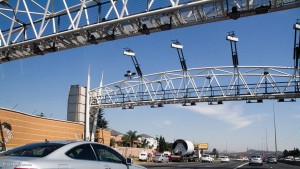 The modernisation of public transport infrastructure is one of the top priorities for Gauteng and forms part of the provincial departmentâ€™s ten-pillar programme to â€œradicallyâ€ transform, modernise and reindustrialise Gauteng.

Speaking at the Gauteng Industrial Forum, Gauteng MEC for Economic Development, Environment, Agriculture and Rural Development Lebogang Maile on Thursday said he was â€œworried about the futureâ€ of transport in the province as development was not keeping up with the rate of urbanisation in Gauteng.

He noted the need for planned urbanisation and urban development, better publictransport and the arrest of urban decay.

â€œIn the next 5 to 15 years, we want to double the Gauteng economy to more than R2-trillion [through] infrastructure investment and development.

â€œWe need decisive structural transformation through public transport and new sustainable, integrated human settlements and cities. We have a 25-year transport plan and we are now at a stage where [we are] integrating all the plans, which will result in a Gautengtransport master plan,â€ Maile explained.

He reminded delegates that the province aimed to expand the Gautrain network by an additional 200 km and that the provincial department was â€œlooking at other modes oftransport so that the . . . system is integrated and cost-effective.

â€œThis will be our blueprint for the next 15 years and beyond.â€

Maile said the consequences of not planning could already be seen in Gautengâ€™s freeways, which he stated were reverting back to the conditions experienced before the Gauteng Freeway Improvement Plan (GFIP) was implemented, hinting to noncompliance in paying e-tells by Gauteng citizens.

Maile cited the recent findings of the e-tolls review panel’s report, which found that the current user-pays system was â€œunaffordable and inequitableâ€ and that it placed a disproportionate financial burden on low- and middle-income households.

â€œWe are busy with a hybrid [financing] model, not [only for] the first phase, but the second and third phases of the GFIP,â€ he said, noting that Gauteng Premier David Makhura would give more details on the model at a consultative meeting with stakeholders in February.