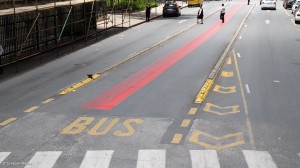 Kenya has said it plans to implement the Bus Rapid Transit (BRT) system in Nairobi and other major cities around the country to reduce the major traffic snarl- ups the country experiences.Cabinet Secretary for Transport and Infrastructure, Michael Kamau, urged all the industry stakeholders to support the initiative as the country continues to reform the public transport sector.

“Given the population of the Nairobi Metropolitan Area as well as its political, social and economic importance, it is essential to have a public transportation system in place that can adequately serve the city and its inhabitants,” Kamau told journalists in Nairobi.

He said the public service transport sector, which forms the backbone of the transport system in the country, contributes about 15.9 per cent of the countryâ€™s gross domestic product (GDP) and employs over 160,000 people and thus cannot be ignored.
According to the latest National Population and Housing Census Report, Nairobi has a population of over three million residents and has around 550,000 vehicles, of which around 15,000 are public transport vehicles.

Bus rapid transit (BRT) is a bus-based mass transit system that generally has specialized design, services and infrastructure to improve system quality and remove the typical causes of delay.

Sometimes described as a “surface subway”, BRT aims to combine the capacity and speed of light rail or metro with the flexibility, lower cost and simplicity of a bus system.

To be considered BRT, buses should operate for a significant part of their journey within a fully dedicated right of way or bus way to avoid traffic congestion.
Traffic snarl-up in Nairobi brings everything to a standstill, with as roads leading to and from the city turn into car bazaars of trucks, trailers, luxury cars and public transport buses.

It is not uncommon for a distance that would take about 30 minutes on a normal day to take about two hours when traffic comes to a standstill.

Kamau said digitization of the transport sector brings with it many benefits because the system will streamline the collection of taxes for the government as well as reduce revenue leakages and haphazard inflation of fares.