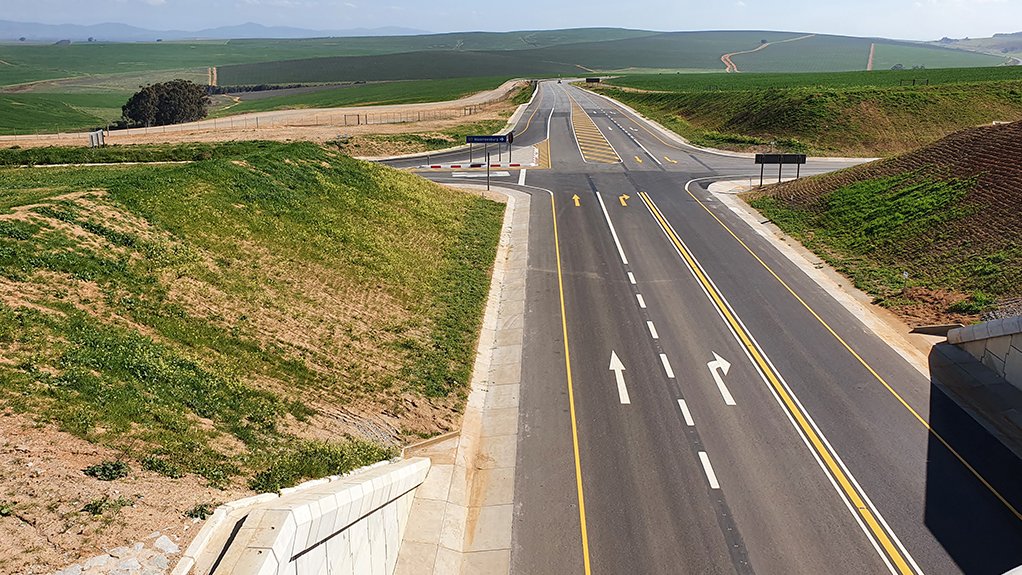 With 83.6% of the national road network under South African National Roads Agency Limited’s (Sanral’s) jurisdiction exceeding its 20-year design life, there is increased risk of rapid deterioration during the wet season, owing to the old, cracked surfaces being susceptible to moisture ingress, says communications and marketing GM Vusi Mona.

“This is clearly evident from the recent above average summer rainfall over large parts of South Africa, resulting in an increased number of potholes being reported and significant damage to roads in KwaZulu-Natal last month.”

Mona says to be considered a well-maintained road network, it is the in-house norm that not more than 10% be in a poor to very poor condition to ensure that the maximum value is extracted from every section of the network before it is reconstructed.

“The fact that most of our road network is in a good condition reflects the amount of work that has gone into its preservation,” he tells Engineering News.

Sanral engineering executive Louw Kannemeyer told Engineering News & Mining Weekly in May that a lack of preventive maintenance was by far the biggest contributor to the deterioration of the South African road network.

While other road authorities take the worst-first approach to maintaining the country’s roads, he says that “in the scenario of preventive maintenance, cracks are sealed, the grass is cut, the drains are cleaned – routine maintenance. That is a big focus for Sanral”.

Sanral is aware of how critically important the agency is to the private sector in the infrastructure development space but believes that total reliance on State-funded projects, especially only Sanral, is not necessarily the most sustainable business model for a construction company.

Hence the industry’s shock when Sanral cancelled R17.47-billion in tenders in May. A situation which could have been avoided if a board resolution on January 28, 2020, was adhered to and the identified lapses avoided, adds Mona.

“An objective process is under way to understand the reasons for not implementing the board resolution in terms of the way tenders are adjudicated. Further action will be considered once this is understood. Pending the conclusion of the internal processes, the board will be in a better position to identify and understand risks and put measures in place to mitigate them.”

It would have been imprudent of Sanral to throw governance out of the window to rush the implementation of almost R8-billion in tenders, following “material irregularity in the tender process”, he tells Engineering News.

“We are aware and have acknowledged that the delay in the award of the tenders in question will negatively impact on the industry in the short term,” says Mona, highlighting that over the past three years, Sanral has awarded projects valued at almost R50-billion.

Meanwhile, contracts awarded since the board resolution that have been found to be noncompliant have been declared irregular. An application to condone will be submitted to the board once a recommendation has been made by the loss control committee.

The delay of these infrastructure projects, such as the R3.4-billion Mtentu Bridge Wild Coast project on the N2, in the Eastern Cape, inevitably delays service delivery, says Mona, adding that these projects are aimed at delivering much-needed job creation in construction and improved travel conditions.

As the tenders had not yet been awarded, Sanral says work on the affected projects had not started on site.

“A process is under way to engage the relevant public and private sector stakeholders, including the investor community, to keep them informed of the way forward. Sanral is cognisant of the economic implications of the delay in awarding these tenders and is doing everything in its power to ensure that the projects are not unduly delayed,” explains Mona.