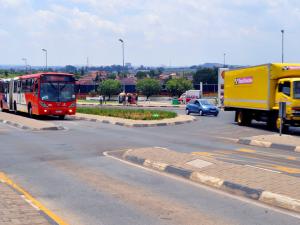 Long overlooked suburbs along Louis Botha Avenue are set for a major revamp as construction of the new bus rapid transit (BRT) route from the city centre to Alexandra starts next week. File picture Timothy Bernard

Johannesburg – Long overlooked suburbs along Louis Botha Avenue are set for a major revamp as construction of the new bus rapid transit (BRT) route from the city centre to Alexandra starts next week.

It is predicted that the new bus route will lead to the extensive revitalisation and regeneration of areas such as Hillbrow, Berea, Yeoville, Orange Grove, Alexandra, Marlboro and Wynberg.

The tenders were finalised and construction work was due to start next week, said ward councillor Marcelle Ravid.

Four different tenders have been awarded for the route and work will start simultaneously on all routes.

â€œInitially construction work will only take place at night to minimise traffic congestion along the busy taxi route, but there will be disruptions and it will be difficult,â€ she said.

The city is also planning an upgrade of the Paterson Park Recreation Centre which will include a new park, library and public swimming pool.

â€œThere is to be a large investment by the city in the recreation centre and sports fields which (have), for many years, been neglected,â€ she said.

The first stage of this project is the renovation and upgrade of the park, which is to begin soon.

The city has acknowledged that the existing facilities will not be able to cater for the anticipated increase in the number of people residing along the Louis Botha corridor with the introduction of the new BRT route. The tender for the sale of the old swimming pool area was due to have been awarded last Friday.

â€œWe will soon see a beautiful new residential suburb being built and I am thrilled that this whole area will be revitalised, and it should lead to the regeneration of the other areas along the route, including parts of Hillbrow, Berea and Yeoville. Many of the buildings along the Louis Botha Avenue route are old and dilapidated. This gives people the opportunity to upgrade their properties. Business opportunity will also increase within at least a 500m radius and property values will go up,â€ she said.

A link from Wynberg to the Sandton city centre will follow in the next phase.

The Phase 1C plan includes the construction of multi-modal interchanges at Westgate and Pan Africa in Alexandra, to enable passengers to transfer between Gautrain, Prasa rail, Metrobus, minibus and metered taxis.

At the same time as the construction of dedicated bus routes, the city announced that there would be a significant upgrading of roads and pathways for cycling and walking, especially in Alexandra, Wynberg and Marlboro.

City of Joburg mayor Parks Tau said through the new corridors of freedom, the City of Joburg would be able to â€œreverse apartheid spatial planning and reduce unemploymentâ€.