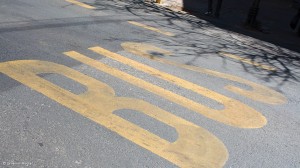 Chairman, Taskforce, Bayo Sulaiman, Chief Superintendent of Police, toldÂ P.M.NEWSthat the 67 vehicles were impounded in May 2014 for violating traffic law by plying the BRT corridor.

He said those convicted by the court were fined between N30,000 and above to serve as deterrent to others.

Sulaiman warned motorists not to ply BRT lane as they might forfeit their vehicles and thatÂ  no excuse whatsover would be entertained.

He decried a situation where motorists continued to violate the law prohibiting them from plying BRT corridor.

According to him, the Road Traffic Law clearly spells out that no vehicle should ply the BRT corridor meant for dedicated buses.

He appealed to motorists to exercise restraint whenever they face thetemptation of plying BRT lane.