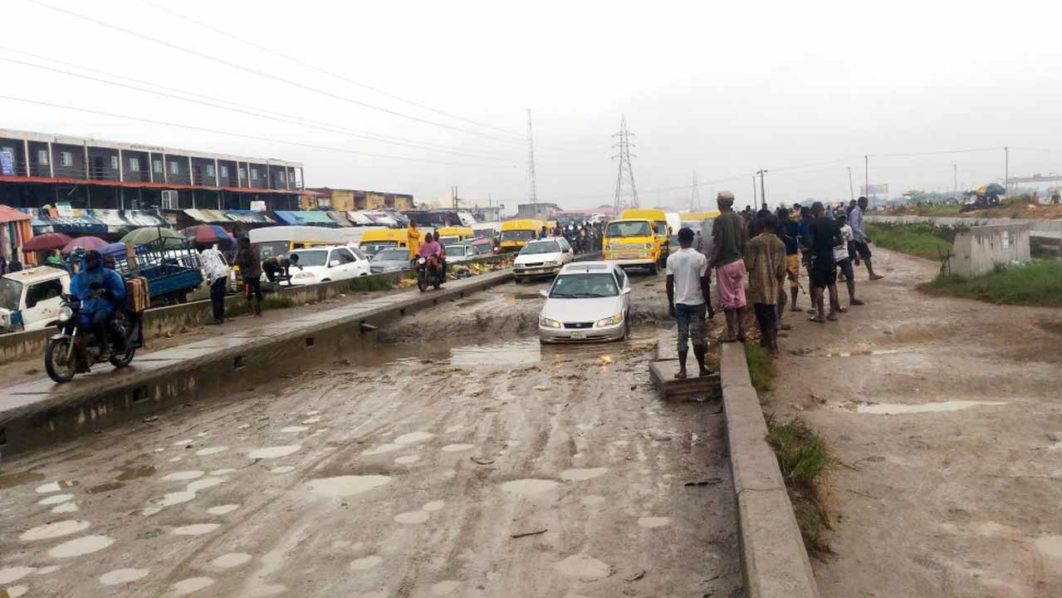 The Lagos State Building Control Agency (LASBCA) has decried illegal development and encroachment on government land in Badagry division, stating that some ongoing developments are in deviance to the state’s physical planning law.

During the exercise, property owners were served stop work order until necessary documentation and regularisation was done with LASBCA, LASPPPA and other relevant agencies.

Oki explained that the enforcement will compel compliance for a physical planning development that is based on international best practices.

He sought support for the enforcement activities that will bring a change in the attitude of some recalcitrant developers for a well-planned city status.

The general manager, who had earlier paid a visit to Oba of Badagry, Alapa of Apa and Oba of Imeke for their royal blessing, said that if the illegal developments were not checked, such would pose huge threat to residents, distort the aesthetics of the community and also threaten the security architecture of the area.

He said the visit was to intimate them on growing illegal building developments and indiscriminate citing of petroleum stations without approval and its attendant consequences.

Oki commended the traditional institution for supporting the agency and government in its development strides.

“The building planning law being enforced by LASBCA does not limit our operations to the Mainland alone, our activities cover everywhere there’s building construction, which include buildings in the coastal areas, hence the extension of our activities to this part of the state,” he said.

On why some structures were sealed, he said: “Badagry has the largest number of filling stations in Lagos and most of them are cited within residential areas without any building approval. Some are also cited in areas planned as hospitals, school or recreational centres. Some of these stations are within a radius of 10 to 15 metres, while some are located right beside each other without any safety precautions.

MEANWHILE, the state government and China Civil Engineering Construction Corporation Limited (CCECC), which started works on the Agboju-Trade Fair complex axis of the Lagos-Badagry Expressway project, measuring approximately 4.6 kilometres, have promised to hasten the job and deliver in December.

The move, they said, is to alleviate the suffering of motorists and improve economic activities.

Special Adviser, Works and Infrastructure, Aramide Adeyoye, gave the assurance while reacting to the agony commuters face on the road.

She acknowledged the hardship road users encounter daily on the road and appealed to all stakeholders to cooperate with the contractor to ensure speedy delivery of the project, promising that the completed section of the road will be opened to vehicular movements.

She said the state had delivered the Agboju to Trade Fair segment of the road last year and already, the contractors had completed the 10 lanes from Mile II to Volks and the service lane of Lagos bound from Mile II to Okokomaiko.

During a visit to the construction site, the project manager of CCECC, Jiang Yaowu, explained that the delay in the delivery was caused by traffic management challenges due to the huge population using the road on daily basis.

On the bridge components, Yaowu said that construction works would be completed before the end of year 2022.

The project manager, however, maintained that the Lagos State Government was aware of the current situation, adding that both parties were maintaining synergy to ameliorate the hardship faced by motorists.