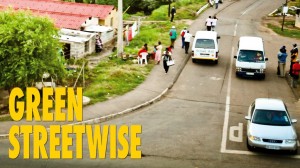 TheÂ Green BuildingÂ Council ofÂ South AfricaÂ (GBCSA) believes the success of its Cato Manor Green Street Project, in KwaZulu-Natal, and the lessons learnt from the project can strengthen theÂ green buildingÂ movement inÂ South Africa, and it hopes that these practices will soon become the norm.

The first phase of the Cato Manor Green Street Project, comprising a green retrofit of 30 low-cost houses in a small cul-de-sac road, was completed in 2011 ahead of the COP17 international climate change talks, with its main funding from the British High Commission.

The retrofitting of an additional 26 houses was completed after COP17 and was funded by the Australian government and the Australian Agency for International Development.

The project, the first of its kind in KwaZulu-Natal, aims to highlight the benefits of resource-efficient interventions in low-income houses and to improve the quality of life for residents, while maintaining the countryâ€™s development towards a low-carbon footprint.

The street has been named â€˜Isimosezulu COP17 Placeâ€™ by residents, who currently save up to 27% inÂ electricityÂ costs as a result of the project â€“ isimosezulu translates into â€˜climateâ€™ in English.
â€œIt was the first comprehensive green-street retrofit in a low-income housing area inÂ South Africa. We wanted to demonstrate how greener houses could contribute to a better quality of life and we have achieved this,â€ says Rushmere.

She estimates that if similar retrofits were undertaken for the countryâ€™s existing three-million low-cost houses, residentsâ€™electricityÂ and water savings alone would total about R3-billion a year at current tariffs.

She adds that the money savings accrued could be retained in the local economy.Â ElectricityÂ savings could be more than 3 400 GWh â€“ equivalent to a third of what a city the size ofÂ DurbanÂ orÂ Cape TownÂ uses.

TheÂ electricityÂ savings would amount to the reduction of about 3.45-million tons of carbon dioxide, which would subsequently reduce the countryâ€™s carbon footprint. To generate revenue on international carbon markets, almost ten-million tons of carbon credits are possible. In terms of employment, it is estimated that about 36.5-million person days of work could be created, which is equiva- lent to more than 165 000 years of work.

Solar water heaters and related plumbing were installed for the project to deliver hot water to the homes for the first time. Internal comfort levels were improved by installing insulated ceilings in all homes and usingÂ insulation roof paint, as well as ventilation methods that were tested on some houses.

To improve security, a light was installed over the front door of the houses in question and inefficient streetlight fittings were replaced with light-emitting diode streetlights in the area.

Energy efficiency interventionsÂ are often less expensive to implement than running the countryâ€™s power plants. This projectâ€™s cost- benefit analysis has shown that the cost of installing and using CFLs, heat-insulation cookers and insulated ceilings is typically lower than the average cost of generatingÂ electricity.

Rainwater harvesting tanks are providing water security in times of drought or municipal water shortage, as well as free water forÂ food gardensÂ and laundry.Â Food gardensÂ are producing nutritious, locallyÂ grown food, while the clean-up and rehabilitation of a nearby stream reinforces theÂ river bankÂ and reduces water pollution.

Landscaping, incorporating indigenous trees and plants, as well as fruit trees, is used to prevent soil erosion; the trees provide shade and are bearing fruit for the community.

LESSONS LEARNT
Rushmere notes that raising finance through the sale of reduced carbon emissions is possible; however, funding is limited in the current carbon market. Further, an important aim of the project is to plough such revenues back into the community for maintenance and/or development projects.

Active stakeholder engagement is required for retrofits and community engagement, in particular, is a timely process, as it requires working through local political structures.

Community briefing and training sessions need to be staggered over time and social cohesion is essential for community ownership and the ongoing maintenance of interventions, which have collective benefits.
In terms of technical aspects, the measurement of energy savings is difficult in a low- income context. For example, many low-income households use lessÂ electricityÂ than they need to or would like to because they simply cannot afford to pay for moreÂ electricity.

The financial savings gained from energy efficient measures are often used to buyÂ electricityÂ for other household needs so consumption does not necessarily decrease, ; however, the value of the electrical services increases and quality of life improves.

â€œThis is called the â€˜rebound effectâ€™ or â€˜suppressed demandâ€™. It also cannot be assumed that residents of a low-cost house are the onlyelectricityÂ users linked to that household meter. Many provideÂ electricityÂ for or sell it to informal structures built onto the house or informal housing nearby; there are also cases of theft. Irregular power supply and sales and consumption data are also problema- tic factors,â€ says Rushmere.

Impact measurement needs to be set up in advance and for the long term â€“ for at least a year after installation.
Further, insulated ceilings in subtropical climates, such asÂ Durban, tend to trap the heat that has accumulated during the day, unless there is effective ventilation and sufficient levels of radiant heat moderation.
Low-cost houses are typically not equipped with guttering, or are not built to make gutter retrofits simple for rainwater harvesting purposes. Poor-quality roofing can pose a significant hazard, particularly when installing solar water heaters.

Roof leaks need to be repaired before insulated ceilings are installed to prevent leakage of rainwater that can cause electrical shorts in light fittings.

â€œWhile the project was timed and implemented specifically to coincide with COP17, it continues to draw visitors. In the first few months, a broad spectrum of local and inter- national organisations visited the site and their impressions of the project have been overwhelmingly positive,â€ Rushmere states.

The project has also received local recognition, with the GBCSA having been named in December as the winner in the Community Category for theÂ EskomÂ eta Awards for the Cato Manor venture. The judges noted that, in addition to the improved quality of life for the residents, â€œthese households have saved up to 27% on theirÂ electricityÂ costsâ€.

Government is also reportedly paying attention, having already confirmed that it is planning to pursue policies that promote the so-called â€˜green economyâ€™ and that will have far-reaching benefits for the country and its people.

Further, important lessons from this project have been recorded and are being used to make important policy recommendations for the construction of new homes, the retrofitting of existing houses and the scaling up of key interventions.

She advises that ceiling retrofits of the roughly three-million existing low-cost houses should be strongly considered as a national investment priority, as they are more financially beneficial than the cost of generatingÂ electricity, even in subtropical areas where the winter-heating energy savings are lowest. This also applies to the provision of heat insulation cookers and efficient lighting.

Meanwhile, there is also great potential for skills transfer and sustainable employment creation in new build and retrofit programmes. Particular focus in the area of sustainable business development and support through the Construction SectorÂ EducationÂ and Training Authority, furtherÂ educationÂ and training colleges and the private sectorâ€™s corporate social investment programmes would also be beneficial.

â€œSignificant employment opportunities can be realised through the growth of businesses in the areas of ceiling and solar water heater installation and maintenance.Â Food gardensÂ in the water-rich KwaZulu-NatalÂ area are also a viable business proposition, as are recycling businesses. The avenues to align the opportunities of these areas with national programmes, such as the Department of Energyâ€™s Working for Energy programme, should be explored,â€ Rushmere states.