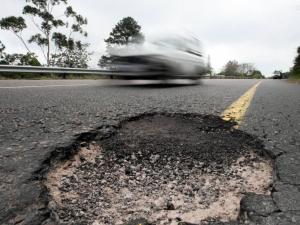 As the JRA is responsible for the planning, designing andÂ constructionÂ ofÂ roadÂ infrastructureÂ in the City ofÂ Johannesburg, JRA MDÂ Skhumbuzo MacozomaÂ stated at the launch of the mobile application that it was important for the agency to have adequate data on the state ofÂ roadsÂ inÂ JohannesburgÂ to fulfil its mandate.

Macozoma pointed out that, since his appoint-ment as MD in September 2012, the JRA had conducted a â€˜roadÂ conditionâ€™ assessment ofÂ roadsÂ in the City ofÂ JohannesburgÂ and was currently completing its ten-year development plan for the City ofÂ Johannesburg, which not only considered ways of improving the existingÂ roadsÂ but also addressed the issue of improving the conditions of theÂ roads.

As a result, he stated, the JRA had compiled a strategic framework that clearly delineated theÂ systemsÂ that it would use to improveÂ roadÂ infrastructureÂ in the city.

The strategic framework contains four core programmes â€“ resurfacing, rehabilitation, gravelÂ roadÂ upgrades and bridge inspection â€“ which the JRA believes will assist in improving the state of theÂ roadsÂ in the city.

The resurfacing programme pertains toÂ roadsÂ that are still in a good condition, but need to be resurfaced. The rehabilitation programme deals withÂ roadsÂ that need to be completely reconstructed, as theseÂ roadsÂ cannot be resurfaced. The bridge inspection programme assesses the state of the bridges in the city and whether they need, or will need, reconstruction or resurfacing. The gravelroadÂ upgrades programme targets the townships, where the need forÂ roadÂ infrastructureÂ remains, which will replace gravelÂ roads.

â€œThe programmes are running in parallel so that one programme is not prioritised over another. This resonates our aim to improveÂ roadÂ infrastructureÂ in the city holistically,â€ he noted.

Macozoma added that the launch of the mobile application formed part of the JRAâ€™s turnaround strategy of more effective service delivery while the agency committed to developingÂ engineeringÂ excellence to ensure it had satisfied customers.

The application enables the public to report potholes and faultyÂ traffic signals, as well asÂ stormwater drains, missing manhole covers and otherÂ infrastructureÂ defects that are the responsibility of the JRA.

Macozoma also explained that the application facilitated faster turnaround times, enabled ongoing communication in service progression and allowed for media alerts to be sent out on hot spots and prereported issues in a specific area.

â€œCitizens will now be able access the JRA a lot quicker, which prompts us to improve the levels of productivity and accountability, and ensure that everybody in the agency begins to subscribe to the notion of performance management,â€ he emphasised.

The application is available for download using most mobile operatingÂ systemÂ platforms, such as Windows Phone 8, Android and iOS for Apple phones.

â€œIt provides an accurate location with global positioningÂ systemÂ coordinates and makes it easy to provide photo evidence, which complements the JRAâ€™s ability to plan repairs more scientifically, based on the reports and data received.