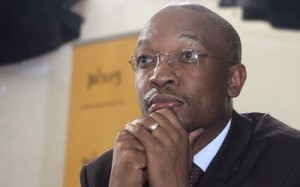 THE City of Johannesburg plans to connect the community of Diepsloot to Randburg, which forms part of greater Johannesburg, through its bus rapid transit (BRT) system.

This was announced by mayor Parks Tau during a community meeting at the Diepsloot Methodist Church on Tuesday.

Mr Tau said the aim was to link Diepsloot with Randburg via Fourways through the BRT system before the end of the year.

Currently, Diepsloot residents use taxis to commute to Randburg, Sandton and the Johannesburg central business district at a cost of at least R11 in each direction.

The details of the BRT route have not yet been finalised.

The plan formed part of the cityâ€™s Corridors of Freedom initiative, which aims to use Johannesburgâ€™s transport systems as a central conduit to bring people closer to their places of work, worship and play.

An example was people who got Reconstruction and Development Programme houses but then built back rooms in their yards and rented them out. The number of people in the rooms then increased and ultimately demanded government houses too.

Mr Tau said the municipality had to change the way it brought development to Johannesburg residents.

“We need to redesign the way we deliver services to the people so that people become partners of the development in their community,” he said. “(In this way) people can help define solutions instead of sitting and waiting.”

Over the years, Diepsloot has experienced several service delivery protests as the community struggles with sanitation, unemployment, crime and access to water.

Community members complained to Mr Tau about the lack of basic services in the area and how various developmental projects were not co-ordinated.

Some reported long queues at clinics, while many questions were about people who “personally” benefited from municipal projects in the community.

Mr Tau reassured the community that the city had prioritised the area for development, which would help grow small businesses in the area. Initiatives include a business incubator and mixed development housing.