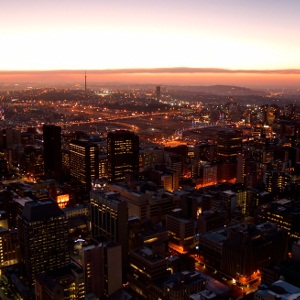 Other South African cities such as Cape Town and Durban do not appear in the index.

And South Africaâ€™s Johannesburg scored 29 out of 40 cities on the index. The biggest city in South Africa also edged Nigeriaâ€™s Lagos, ranked 38, and Egyptâ€™s Cairo, which placed 35 in the index.

Other South African cities such as Cape Town and Durban do not appear in the index.

Meanwhile, the top five cities in the index are Stockholm, London, Paris, Singapore and Copenhagen.

â€œAlthough, the overall score is relatively weak, Johannesburg presents a mixed picture when it comes to the ICT dimension,â€ says Ericsson on its online profile of Johannesburg’s ICT ranking.

â€œOn the one hand, the ICT infrastructure is quite underdeveloped with slow fixed broadband speeds, and a large share of the population lacks access to the internet.â€

â€œOn the other hand, app coverage is average, smartphone penetration is slightly above average, and the share of people using the internet is relatively high in relation to the low access rate,â€ notes Ericsson.

However, Ericsson does say that regardless of these challenges, Johannesburg is the telecommunications hub of South Africa.

â€œThe city hosts the headquarters of numerous local and international organisations, and serves as the base for multinational corporations operating in the rest of the continent,â€ adds Ericsson.

Ericsson further notes that the â€œcity performs better in the triple bottom line index than in ICT maturityâ€.

Other broader findings of the Ericsson report include that cities with low ICT maturity are improving their ICT maturity faster than high performing cities.

Ericsson calls this the â€œcatch-up effectâ€ and says this even gives these cities the chance to leapfrog by immediately adopting advanced mobile technology.