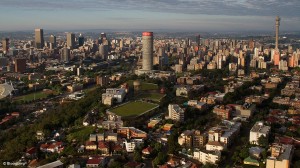 As the City ofÂ JohannesburgÂ prepares to host the C40 Cities Climate Leadership Group Mayors Summit, from February 4 to 6, it has reiterated its commitment to the development ofÂ improved public transport networksÂ that reduce congestion on public roads and lower carbon emissions.

JohannesburgÂ executive mayorÂ Parks TauÂ said in a statement on Wednesday that the city aimed to become a world leader in greenÂ transportÂ by focusing on various aspects of the greenÂ transportÂ value chain.

Among these was the development and commercialisation of biogas feedstocks from biocrops and the use of waste resources, such as green waste, domestic waste, waste oils and wastewater, forÂ transportÂ applications.

The city further aimed to promulgateÂ energy efficiencyÂ in the development, production, implementation and maintenance ofÂ transportÂ technologies such as fuel filters,Â gasconversion kits for vehicles and fuel additives for both the publicÂ transportÂ and private vehicle sectors.

â€œWe will also focus on skills development for the alternative-fuelÂ transportÂ sector as well as infrastructure development in terms of alternative fuel supply, distribution and dispensing,â€ Tau commented.

Besides contributing to the green economy, he said these transportation greening initiatives could potentially create sustainable new employment and income-generating opportunities.

â€œThe choices we make today will determine the future of our city, country and planet,â€ Tau noted.