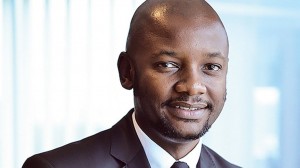 This comes after torrential rain in February caused existing potholes â€“ which are formed when fine particles in aÂ roadÂ layer are washed out by a combination ofÂ waterÂ ingress and pressure caused by vehicles on the layer â€“ to widen. Subsequently, the larger particles become unbound and loose, unable to form a dense mass that can support any pressure.

JRA MDÂ Skhumbuzo MacozomaÂ says the app is the first of its kind to be launched in the southern hemisphere and believes it will assist the public in reporting potholes, faultyÂ traffic signals, blocked stormwater drains, missing manhole covers and otherÂ infrastructureÂ issues for which the JRA is responsible.

â€œThe app has a feature that [gives] an accurate location of where the pothole might have been seen, while also giving global positioningÂ systemÂ coordinates. This makes it easy to provide photo evidence, which, in turn, improves the JRAâ€™s assessment of what is required to fix the problem, thereby enhancing efficiency and increasing productivity,â€ he notes.

The app has been available for download on cell- phones using Windows from April 25, on cell-phones usingÂ AndroidÂ from May 2 and on Apple cellphones using iOS on May 9; the JRA urges citizens to join in testing the efficiency of the app.

â€œThe launch of this testing phase for the mobile app is part of the JRA service delivery drive â€“ the â€˜just tell usâ€™ campaign â€“ which is an initiative to ensure that the JRA is more accessible to citizens andÂ roadÂ users inÂ Johannesburg. The campaign also aims to stimulateJohannesburgâ€™s Active Citizenry priority focus, which promotes the active involvement of citizens inÂ Johannesburgâ€™s service delivery activities,â€ explains Macozoma.

He mentions that the JRA is taking its obliga-tions for service delivery seriously by launching this app, as it has also made available an email address, as well asÂ TwitterÂ andÂ FacebookÂ sites, to enable residents to interact using convenient platforms. The JRA has also launched a service-delivery mailbox for service queries that have not been resolved the first time or as promised.