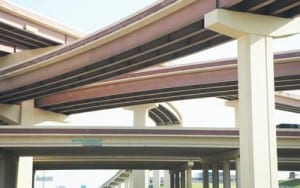 SPENDING on infrastructure in developing countries needs to double, says Trafigura, one of the worldâ€™s biggest independent commodity trading and logistics houses.

But mitigating financial risk is key to managing infrastructure projects, it said in a white paper launched at the Gordon Institute of Business Science (Gibs) on Friday.

“In Africa, where existing infrastructure networks are particularly sparse and underdeveloped, the deficit exceeds $90bn per year over the coming decade, or 15% of the regionâ€™s GDP per year,” report co-author Russell Jones, a partner at Llewellyn Consulting, said at Gibs on Friday.

“In some of the more fragile states, the infrastructure gap amounts to an even more startling 25% of GDP per year,” he said.

The report cited deficits in all major infrastructure â€” energy, water and sanitation, telecommunications, and transport. It said infrastructure needed in emerging markets was “an absolute requirement for developing countriesâ€™ future competitiveness”.

The report highlighted a need to “negotiate tensions” between construction and operation. It also raised questions over whether to implement major, prestige, “or arguably” more high-impact minor projects; new infrastructure versus maintaining existing assets; and public versus private funding.

“But these obstacles could be overcome with an enlightened approach on all sides. And the potential rates of return are high for all concerned,” it said.

The report cites the AfDB as saying the low quality of African infrastructure constrains economic growth on the continent by about two percentage points every year, and reduces business productivity by up to 40%.

It states that “many African countries have also systematically underinvested in repair and maintenance in recent decades, leading to poorly performing, inadequate infrastructure assets”.

This had left Africans paying dearly for infrastructure development during booming commodity cycles, and not taking advantage of much lower price inputs during busts.

Risk is also a constant factor in Africa. Labour problems have plagued Eskomâ€™s unfinished Medupi power station, while Sasol has repatriated hundreds of workers from Mozambique fearing anger over xenophobic violence in SA.

Infrastructure needed to be sustainable and not just “creaming off profits” Mr Jones said.

In developing Africaâ€™s infrastructure there needed to be “more trust” between multinational companies and governments. “Governments have to accept their expertise,” he said.

In this context, Matthew Birtch, lecturer in strategic management at Gibs, said on Friday that building transport infrastructure was about moving people from one place to another â€” not about profit alone.