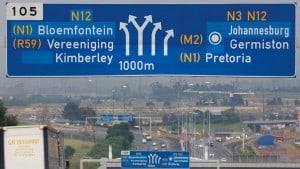 I wish to report that the department has completed two separate investigations relating to conduct.

The Gauteng Department of Roads and Transport has suspended its transport services Chief Director Loyiso Marasela for alleged financial misconduct, MEC Ismail Vadi told the members of the legislature on Thursday.

Vadi said his department has completed two separate investigations relating to the conduct of Marasela and director of special projects and modal integration, Simphiwe Maphumulo.

â€œI wish to reaffirm to the House that the department will act against any and all acts of maladministration and improper conduct, particularly those alleged to have been carried out by any of its employees.

â€œMore specifically, I wish to report that the department has completed two separate investigations relating to the conduct of Mr L Marasela and Ms S Maphumulo employed in the Transport Branch.

â€œBased on the findings and recommendations of these reports, Marasela has been suspended for alleged financial misconduct and formal disciplinary proceedings will be instituted against him shortly,â€ he said.

Vadi said matters relating to the second investigation will be taken forward once Maphumulo returns to work from maternity leave.

The department had launched its anti-fraud and corruption campaign yesterday in Diepkloof, Soweto, on Wednesday.

â€œOn March 13, 2015, I had formally requested the Office of the Auditor-General to specifically audit the intermodal projectsbeing implemented by the department as part of the 2014/2015 audit processes.

â€œI wish to reassure the House and the public that the department will hold its employees accountable for any breach of the legal and regulatory framework, particularly relating to financial management,â€ he said.